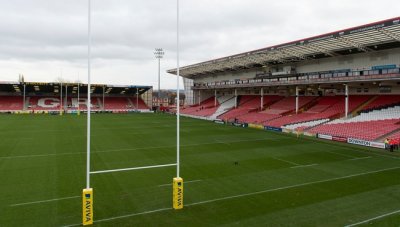 Gloucester Rugby's derby clash against Bath Rugby on Saturday afternoon has been cancelled following an outbreak of Covid-19 in the Gloucester camp.

"Following a report of Covid-19 symptoms on Sunday morning, Gloucester Rugby took the decision to stop all team training after an outbreak of Covid-19 was identified within the group. From this point, all of our playing department were directed to self-isolate until further testing could be arranged.

"As a precautionary measure, and in the interests of the wellbeing of our staff, the Club has also taken the decision to close Kingsholm Stadium.

"Taking into account the health of our players, staff and fans, Public Health England & Premiership Rugby have confirmed that it would not be safe to proceed with our game on the weekend.

The statement added: "Health, wellbeing and safety are paramount, and all players and staff are being monitored by the Gloucester Rugby medical staff, in addition to their families being offered support where necessary.

"In the interests of privacy, Gloucester Rugby will not be disclosing the names of those affected.

"We are wishing all of our players and staff affected by this outbreak a speedy recovery."