Gloucester revealed as the best place for food hygiene in England

New research by consumer champion Which? has exposed the best and worst areas of the UK for takeaway and restaurant food hygiene. 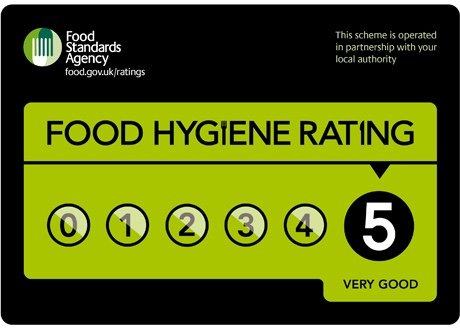 With around 2.4 million people in the UK suffering from foodborne disease each year, food hygiene standards are an important consideration for people ordering takeaway food during the coronavirus lockdown.

While thousands of restaurants and cafes across the country have been forced to shut their doors due to the pandemic, many have switched to offering home delivery as a way of reaching customers.

In recent research, Which? looked at Food Standards Agency data for 384 local council areas in the UK.

In England, they found that Gloucester was the best area to eat out with 90 per cent of food businesses achieving the top rating of five for food hygiene.

This was closely followed by the Isles of Scilly and Mid-Devon, both in the South-West, where 89 per cent of food businesses had received a five rating.

However, at the other end of the spectrum, the South West's worst area for food hygiene is reported to be Stroud.

Food Standards Agency data reveals that within the district, eight per cent of food outlets have a zero, one or two rating for food hygiene.

Other areas with a high proportion of food businesses, including takeaways or restaurants, scoring a two rating or less included Birmingham (14 per cent), Southend-on-Sea (14 per cent) and Bolton (11 per cent).

Lisa Barber, Which? Magazine editor, said: "Our research has found that while some areas are blessed with impressive food hygiene levels across the board, others have large numbers of food businesses, including restaurants and takeaways, with sloppy standards that risk making customers seriously ill.

"There is strong evidence to suggest that food businesses up their game when they know they will have to prominently display their hygiene rating.

"It must urgently become mandatory for food businesses, including restaurants and takeaways, to display their score on the premises and online, so customers can make informed choices."