The future of an ambitious plan to make Gloucester a cultural hotspot is undergoing a consultation as it approaches its fifth anniversary. 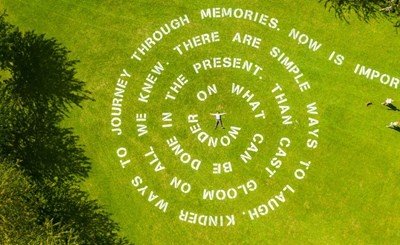 Councillor Steve Morgan, cabinet member for Culture and Leisure, said: "It's fantastic to see what has been achieved over the last few years and the wide variety of events and cultural activities that are now being offered.

"Culture and the creative industries are not only important for people's health and well-being but also help make Gloucester a visitor destination, to support jobs and boost the local economy."

In June, Gloucester hosted socially-distanced artwork Of Earth and Sky by artist Luke Jerram, who worked with poetry submissions from people across the city's communities.

The creation of a cultural hub at King's House as part of the King's Quarter redevelopment is set to bring a boost to the city's cultural scene while more than £1million has been invested by the culture trust and The Music Works to bring the previously underused building back into use.

It will see the first floor of the building given over to Jolt, a new incubator for start up creative and cultural businesses and entrepreneurs.

The Music Works, which works with young people in challenging circumstances will take on the top floor to create music studios, teaching rooms and performance spaces.

Other successes include the development of nationally significant events such as the Strike a Light Festival, the Gloucester History Festival and the Kings Jam music festival.

To have your say on the strategy's consultation, visit surveymonkey.co.uk/r/GloucesterCulturalStrategy  by December 16.