A Gloucester man who raped a woman twice has had his jail term increased by four years after the original sentence was referred to the Court of Appeal on the grounds that it was unduly lenient.

Samuel Moulder, now 34, had denied attacking the woman twice in 2017 but was convicted by a jury. The first offence took place in a hotel and the second, which was aggressive and violent, took place in the victim's own home.

On 8th September last year at Bristol Crown Court, Moulder was sentenced to eight years in prison. He was also given a restraining order and placed on the sex offenders register for life.

Following the sentencing, the case was referred to the Court of Appeal by the prosecution under the Unduly Lenient Sentence scheme as being too low.

Last week the Appeal Court ruled that his original sentence was unduly lenient and increased it to 12 years' imprisonment.

At the original sentencing hearing Judge Michael Cullum was told that during the second of the rape offences, Moulder suffocated his victim and left her bruised and battered. She thought he had actually been trying to kill her.

The complainant penned an impact statement in which she said she was a really happy person before. But she explained how after the events her heightened anxiety caused her to be medicated and knocked her confidence.

She said: "I am worried about bumping into him. The thought of this makes me physically sick. It makes me anxious all the time. There is a black cloud over my head.

"I don't believe I'll ever be the same person again. If I can stop him assaulting another female this will help me."

The court heard Moulder had nine convictions for 27 previous offences. These included violence, drug-use and dishonesty as well as possessing extreme pornography and indecent images of children in 2018.

Charlotte Surley, defending, described her client's history of drug taking and misuse of alcohol. She said steroid use had made him feel powerful, and he became addicted to that feeling.

Miss Surley told the court, though, that on remand Moulder had avoided drugs or alcohol and had felt the better for it. She said: "He expresses a very keen wish not to waste his time in custody.

Speaking after last week's Appeal Court hearing raised Moulder's sentence from eight years to 12 years, the Solicitor General Michael Tomlinson KC MP said: "Rape is always a horrific crime, but this case has had particularly awful repercussions on his victim.

"I welcome this increased sentence which better reflects the long-term harm caused. It sends a clear message that violent, sexual offences will be addressed with vigorous punishment." 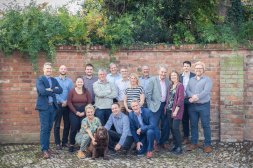