Plans to build a major new housing development - and a secondary school - south of Gloucester have received an overwhelming negative response in a petition arranged by the city's MP.

Richard Graham has so far received 2,700 replies from the 10,000 residents of the Grange and Tuffley Wards over the planned development in Whaddon Parish next to Grange Road.

Despite the development being in Stroud District, Mr Graham believes the strain that it will place on Gloucester's infrastructure will make it unable to cope. 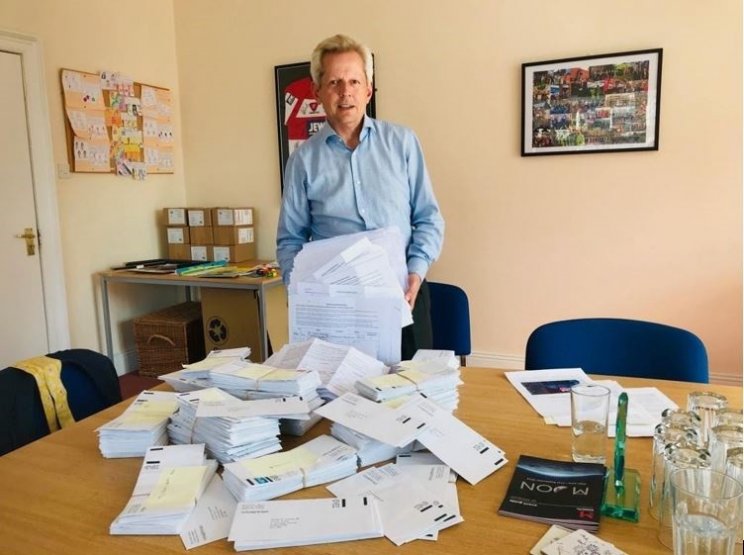 Mr Graham has reacted to news that Academy Trusts are interested in bidding for a new secondary school in Gloucester by saying that while there is need, it is not at the proposed development.

He argues that the road pressures on the already-bust St Barnabas Roundabout would become "impossible" if the major Taylor Wimpey development was put forward to Stroud District Council.

He said: "Our city needs to add more school places where they're most needed and closest to agreed new housing plans where road links can take the strain.

"The Whaddon fields beside Grange Rd fail on all three measures. There is no solution that anyone has yet been able to come up with for this major junction.

"On traffic grounds alone any such proposal should be ruled out.'

"There is no other significant demographic pressure in Grange and Tuffley and both St Peters and Holmleigh Park near by.

"The demographics do suggest that with Severn Vale already at full capacity and more homes at Kingsway and Hunts Grove that is the area to focus thinking on.

"And although the A38 and M5 and junction 12 has its challenges improvements are almost finished at the Cross Keys roundabout. The starting point is much less complicated."

Mr Graham revealed that of the 2,700 replies to his petition, he could count the number of responses that were positive to the development on the fingers of both hands.

He believes that overwhelming response adds fuel to his argument that Stroud District Council should not consider the Taylor Wimpey Proposal.

He added: "I believe Whaddon Parish, Councillors in Stroud and the MP there alike realise that such a huge development would completely clog up Stroud Road, with long tail backs, likely road rage and deteriorating air pollution for residents.

"That is not what sustainable development should look like. And any new secondary school would then be in the wrong place. Better to focus on the new Hunts Grove area."