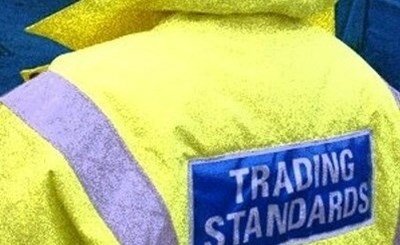 A 37 year old Gloucester man has been sentenced to do unpaid work after he admitted selling counterfeit designer clothes on Facebook using a false name.

He admitted four offences related to the supply of counterfeit Nike, Ralph Lauren, Moncler and North Face tracksuits and jackets and magistrates imposed a community order for 12 months, with a requirement to complete 60 hours unpaid work.

Gardner was ordered to pay an £85 victim surcharge and a contribution to costs of £800.

The offences were all committed from an address in Valley Gardens, Kingsway, Gloucester, the court was told.

A Gloucestershire Trading Standards spokesperson said "He first came to our attention in 2016 when he was prosecuted for 15 counterfeiting offences and given an eight week prison sentence, suspended for 18 months.

"Despite this conviction, trading standards officers received information that Gardner was again trading in counterfeit clothing and footwear through Facebook under the name 'Tommy Tees'.

"Officers also found a number of discarded boxes in Gardner's house and garden, which led officers to believe a larger quantity of clothing had passed through his hands."

Cllr Dave Norman, Gloucestershire county council cabinet member for trading standards, said: "I would like to thank our officers for their hard work in carrying out this investigation. The sale of counterfeit goods takes money away from legitimate local businesses and can leave consumers with inferior goods.

"This conviction sends out a message that repeat offenders will not get away it. I would urge anyone with information about the sale of counterfeit goods to contact our trading standards team via the Consumer Advice Service on 03454 04 05 06 or email tradingstandards@gloucestershire.gov.uk." 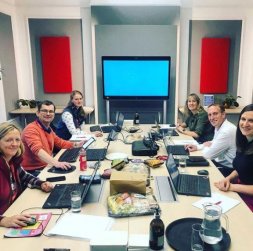 Punchline teamed up with the experts from Hazlewoods following the Budget announcements.

Gloucester’s £20 million Levelling Up Fund bid has been approved this afternoon by the Chancellor Rishi Sunak.

The Forest of Dean has got the go-ahead from the government for an ambitious £20m regeneration project.

Mark Owen, editor of Punchline-Gloucester.com grabbed Richard Graham MP for Gloucester, for his response to the budget - October 2021.