Man jailed for forging his mother in law's will

A man who forged his mother-in-law's will after his wife had been disinherited was jailed for 12 months today.

His wife was given a 12 month jail term but that was suspended for two years at Gloucester crown court.

Brian Fairs, 77, and his wife Julie, 58, of Abbotswood Road, Gloucester, had denied forgery and fraud but were convicted by a jury earlier in the month after a seven day trial. 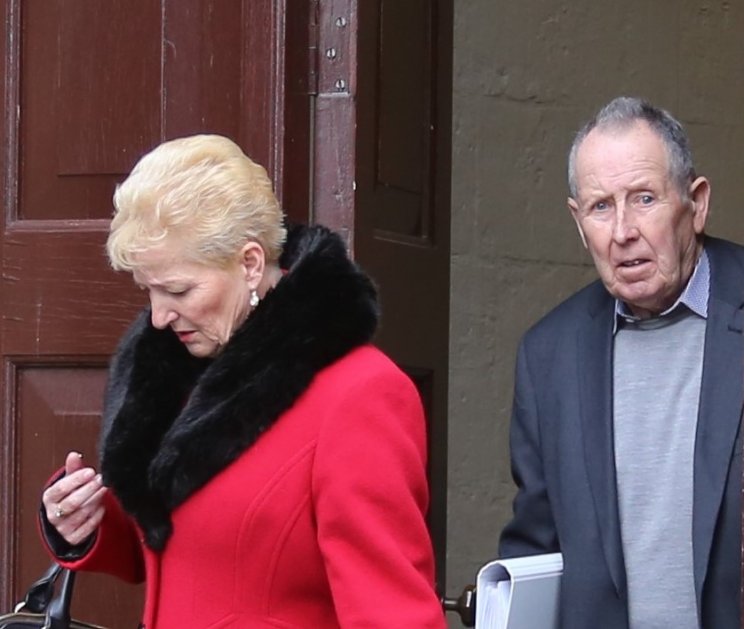 The jury found that between 1st December 2016 and 25th May 2017 the couple 'created a document purporting to be Mrs Gillian Williams' will.'

The couple had denied that on 24th May 2017 they claimed to Kirstie Hopton, a wills and probate executive at Dee & Griffin Solicitors, that the forged document was the authentic last will and testament of Mrs Williams.

The couple's offences came after Mrs Williams made it clear in a letter that she did not want Mr and Mrs Fairs to benefit from her Last Will and Testament.

Mrs Williams stipulated "Because my daughter Julie has no children of her own. I do not want her husband or his family to benefit from my will."

The court heard that Mrs Williams did not like Mr Fairs. She viewed him as 'cantankerous', 'arrogant' and 'dominating' of her daughter.

After she died in May 2017, Mr and Mrs Fairs took a document to Dee & Griffins Solicitors that they said was her will.

In fact, the couple had obtained a copy of an existing valid will and used it as a template to create a new one which made Mrs Fairs the sole beneficiary.

It cut out the original will's bequest to three friends of the family, brothers Martin, Geoffrey and Paul Davies.

Mr and Mrs Fairs literally copied, cut and pasted the signature of Mrs Williams into the new document, the jury was told.

The document was then 'witnessed' by a man in a pub at a later stage, and then further signed by a second person who had called at the Fairs' house with a condolence card four days after Mrs Williams died.

When the couple presented the false document to Kirsty Hopton, she ran her finger over the signature and told them it had not been done in 'wet ink'.

Mr Fairs said he believed he was following his mother in law's wishes as she had told them she wanted to change her will on Christmas Day 2016.

He told the court he presented the document at the solicitor's office for guidance and not with the intent to deceive.

However the jury of seven women and five men rejected the couple's account and returned unanimous guilty verdicts after just under three hours of deliberation.

Today at Gloucester crown court, Recorder Ignatius Hughes QC heard that Mrs Fairs had made 'at least two' attempts on her life since the offences came to light.

Sarah Jenkins representing Mrs Fairs said: "The main mitigation is at the age of 58 she is a lady of previous good character.

"That speaks some volume to her character.

"There was evidence that during the latter part of Mrs Williams life, Mrs Fairs was trying to do her best.

"It did take it's toll on her. It was not the easiest relationship between mother and daughter. She did try to provide the care.

"There has now been a fair lapse of time. She is a lady struggling at the present time.

"She began to struggle with her mental health following the bereavement of her brother.

"Since her conviction there has been something of a crisis with her mental health.

"She is troubled with mental health difficulties," Mrs Jenkins said adding, "An immediate custodial sentence is not necessary."

On behalf of Mr Fairs, Steven Young said: "My approach is very similar, I invite your honour to take the view that the sentence range is within the boundaries that can be suspended.

"The offences were unsophisticated, and with absolutely no prospect at all of success.

"He volunteered that information immediately.

"This is as about as far from sophistication as one can imagine.

"He made no attempt to persuade Kirsty Hopton that the signature was anything other than a pasted and copied signature.

"When it was pointed out to him about the wet signature, he immediately admitted what he had done.

"Even to start the process he now knows he was incredibly stupid to go down that route in the first place.

"He is a very decent, hard working man, who has never done anything dishonest in his life.

"He has made a fantastic error and is looking at going to prison as a result.

"His family know that deep down he should not be here in court.

"He is very close to his wife," Mr Young said. "He is completely and utterly ashamed that his actions have led to his wife facing going to prison.

"He sees it as his responsibility.

"It is not only that she is facing going to prison, but it has also had a marked effect on her health.

"He knew that she was fragile mentally. By doing this, he has made it that much worse.

"There is no chance of repetition. He has learnt his lesson.

"A suspended sentence is possible in this case," the lawyer argued.

Imposing an immediate 12 month jail term on Mr Fairs, the judge told him: "In this case you were estranged for a period from Mrs Fairs' mother.

"One common thread was her dislike for you Mr Fairs.

The thread which went through the evidence, and was plain in the way you gave evidence, is you were arrogant, and overbearing.

"Not withstanding the breakdown in the family relationship, there was a coming together again especially towards the end of Mrs Williams life.

"I accept that there was a genuine desire to help her mother.

"During the course of that period there was clear evidence, and it was conceded that the victim was prevailed upon to give you power of attorney.

"That is an interesting backdrop to what happened subsequently.

"Wills in the past and what she said, were clear about her attitude to you Mr Fairs.

"She did want you Mr Fairs, to benefit from her death, that was why she wrote her daughter out of the will.

"You obtained a will she had made, and you chopped it about and rewrote it.

"You took a copied signature, stuck it to the final page, copied that, and put it to the new so called 'will' you made.

"This was not sophisticated but it was determined and planned by you Mr Fairs.

"You have maintained your position that your mother in law directed you to do this.

"I reject that," the judge ruled. "It is another lie of yours.

"I am confident that was not what the deceased wanted or instructed you to do.

"Following her death. you obtained a second signature of a so called witness.

"You presented it to a lawyer. A meeting arranged by you Mr Fairs.

"You expected to present these forged will with a view to gaining £100,000 from the deceased estate.

"That would have been a loss to the three beneficiaries. Three men in the primes of their lives, that the testatrix had wished to benefit.

"I reject that she had expressed a view that she wanted to disinherit them.

"You each played a part in trying to frustrate her wishes.

"You Mr Fairs were by far and away the principle and guiding mover.

"A powerful character, generally and in particular with your wife. I have no doubt this was your idea.

"I take the view that you are principally responsible for all of the dishonour and misfortune which also falls on your wife.

"I have no doubt she would not be here if it was not for what you decided to do."

The judge noted that 'no loss was in the end occasioned'.

"This poorly planned escapade was discovered.

"I regard you as a guiding hand. You did not show a shred of remorse in the trial.

"There is no basis for suspending the sentence.

"You lied to the jury. You lost and were convicted."

Turning to sentence Mrs Fairs, the judge said: "You played a knowing role.

"I am clear that your husband was the driving force.

"He is quite capable of that especially as you are concerned.

"I accept what you told the jury, that you did not really actually want the money.

"This adds to my fortified judgement that your husband was the driving force.

"You have made at least two reasonably determined attempts to end your own life.

"I accept your mental health has somewhat deteriorated.

"You are viewed as medium risk of suicide in probation report.

"Bearing in the mind the differences between the roles, in your case a much lesser role. I arrive at the same end point of twelve months, but in your case there are sufficient factors to make it a non immediate sentence.

"I am persuaded that should be suspended for two years."

Before Mr Fairs was taken to the cells and Mrs Fairs was released from the dock, they briefly kissed and held hands.