A waste site operator was given a suspended prison sentence after operating an illegal site the size of three football pitches. 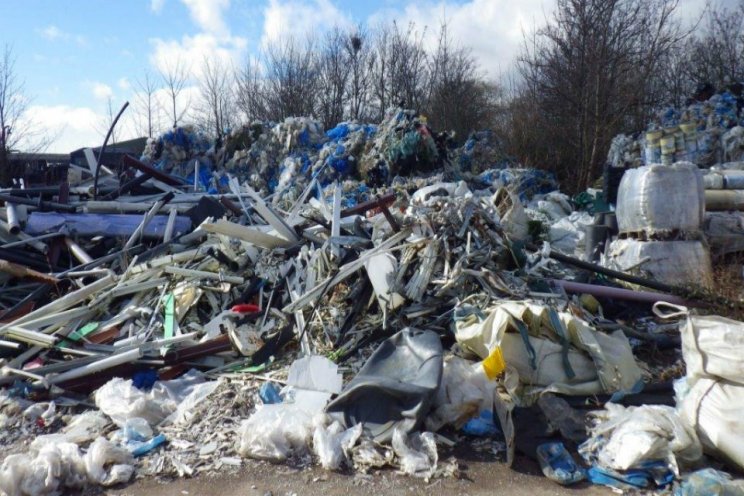 Barry Connally, 68, of Chaceley, Gloucester, was the sole director of Rhino Recycling Limited that operated a waste treatment facility on the QinetiQ Industrial Estate in Long Lane, Pershore.

In a case brought by the Environment Agency, Worcester Crown Court heard that between March 2013 and December 2015 he ran the site without the necessary environmental permit.

He was sentenced to 12 months' custody suspended for 18 months and also ordered to complete 160 hours' unpaid work in the community.

The cost of making the site compliant would have been about £450,000. But in not doing so, Connally avoided those costs, plus more than £17,000 in fees to the Environment Agency.

After the company was dissolved and the site abandoned, the cost of clearing it was in excess of £100,000.

Connally registered waste exemptions, which allowed up to 500 tonnes of waste to be stored at the site at any one time. During one of several site visits, environment officers estimated that nearly 9,000 tonnes of waste was illegally stored on site.

Receipts showed that between April 2013 and August 2015, the company had invoiced a total of over £338,000 for the waste it had received and sold. 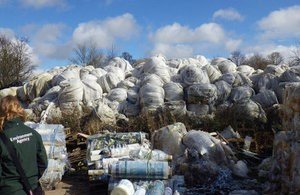 An inspection by the Environment Agency also found that the site posed a fire risk and that without proper drainage, water used to tackle any fire would have entered the Piddle Brook through highway drains. Plastics residue and pesticides from a cleaning operation also had the potential to cause pollution.

While Connally said he would apply for the necessary permits he never did and he also continued to operate when the Environment Agency and Worcestershire County Council served enforcement notices, until the site was abandoned in 2015.

In sentencing, the judge said he was in no doubt that the offending was deliberate and there was a long history in which Connally operated illegally, despite advice and visits from the Environment Agency.

The clean-up costs were significant and the operation had taken up an enormous amount of regulatory time. He said that those who operate in the waste industry must understand that they must comply or risk prosecution.

The judge accepted the defendant's remorse, steps taken to remedy the site and that he was of previous good character and gave him credit for his guilty plea. He directed that the case also be adjourned for consideration of confiscation proceedings.

Speaking after the case, an Environment Agency officer in charge of the investigation said: "We tried to work with the company for two and a half years in an effort to get them to operate in a safe way and legal manner. By ignoring our advice, activities on the site posed a significant risk to the environment."

"This prosecution shows that we will take action on reports of unlawful waste activities on sites that we regulate, and will pursue non-compliant operators through the courts."