The first trees have been planted in a development which could being a green energy park and wood to Gloucester.

The scheme, backed by the city's MP Richard Graham, would see the transformation of the former landfill site at Hempsted.

With the move to transferring waste to the energy plant at Javelin Park, the site has become purely a Household Recycling Centre - paving the way for around 360 acres previously used for landfill to form the energy park and Hempsted Woods.

Plans would see the site's owners Enovert generate energy via biomass, solar, wind and potentially hydrogen, as well as the wooded area of around 250 acres with more than 100,000 trees.

"The biomass is happening already, the solar will happen very soon, the wind will take longer with lots of technical things in the planning.

"Hydrogen is an idea at this stage. There are two or three different possible techniques but the concept would be if all things went well and people like Stagecoach were enthusiastic, we could potentially run all the city's buses and much more besides."

Among the first beneficiaries of the energy will be Hydro Components, based at Spinnaker Park, who will receive energy from the solar power at the site.

But Mr Graham said many more people and businesses will benefit from the scheme, starting by planting trees to offset carbon emissions.

"The fun of it is there will be opportunities for lots of people to get involved," he said. "I hope every child in Gloucester will plant a tree in the new Hempsted Woods.

"The Gloucestershire Wildlife Trust and The Woodland Trust will be involved in making sure the eco diversity around the new wood is going to be fabulous and it will attract lots of wildlife.

"It's just going to be a great asset for Gloucester in general and remember it was only a few years ago that this was just a tip."

Enovert has transformed a series of former landfill sites intro country parks but this would be the first to be transformed into renewable energy alongside an eco park.

The company is due to apply for planning permission for the first phase of 8,000 solar panels in the next week with a planned second phase taking the size of the solar farm to 98 acres. 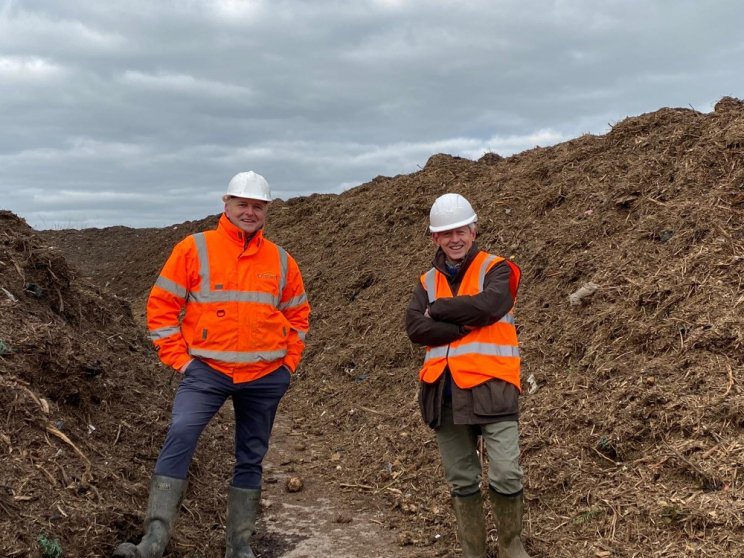 Further plans include two wind turbines before exploring at generating hydrogen which could potentially power buses across the city.

Mr Silvester said: "The production of power gives Gloucester a green energy hub near the city which allows us to distribute power more locally.

"Businesses could get their power direct from the source or arrangements to connect through a contract with potentially cheaper power prices.

"We are already engaging with local businesses who are keen to take the power directly. And there are opportunities for businesses to offset their carbon though planting trees."

Councillor Cook described the possibilities of the site as immense.

He said: "It's only the first stage in converting Gloucester into a state of independence in term of power generation.

"We are going to have a look at solar, hydrogen and wind technologies - it's incredibly exciting."