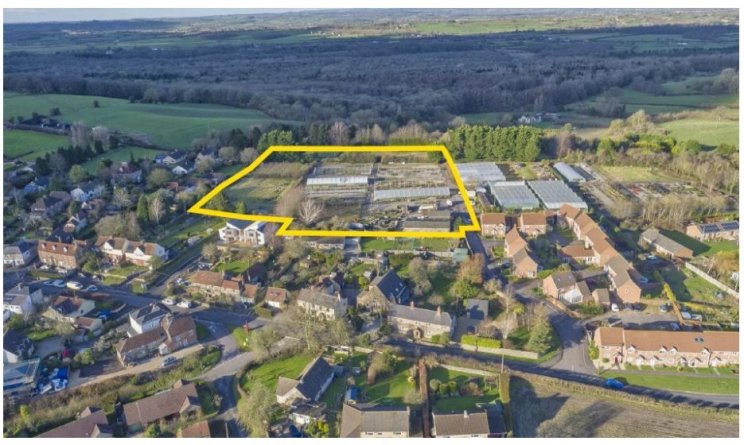 The land formed part of a commercial plant nursery and detailed planning permission was granted in 2019 for 43 residential dwellings.

Newland Homes has a long association with Wiltshire. The company has been the recipient of the Trowbridge Town Enhancement Award for an unprecedented three times for its work in transforming and enhancing the local community, receiving the award for the first time in 2005 for the redevelopment of the former Ushers brewery site and bottling plant; again in 2011 and most recently in 2014.

The company's latest development in the county, Newland Place on Bradley Road in Trowbridge, was commended by Wiltshire Council's Urban Designer, who recognised Newland Homes' efforts to 'design an exemplar scheme' for the town.

Simon Richardson, associate land director for Newland Homes, said: "As a West Country-based developer, we are always on the lookout for new land opportunities in the region and this is a particularly attractive site in a well-established village."

Next year marks the thirtieth year in operation for Newland Homes, who are based in Gloucester. The independent company has been responsible for more than 200 developments across the South West, and more than 3,300 homes.

Savills acted as selling agents for the site.

For further information about Newland Homes, visit https://www.newlandhomes.co.uk or call 01452 623000.