Flags flew at half mast as Gloucester remembered the 70th anniversary of the Battle of Imjin River. 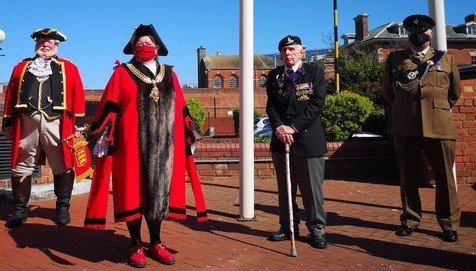 Mayor of Gloucester Kate Haigh and representatives of the Imjin70 Group were among the participants at a ceremony outside Gloucester City Council's North Warehouse which saw the South Korean flag lowered.

The Gloucestershire Regiment fought a valiant rearguard effort during the three-day Korean War battle in April 1951, the bloodiest engagement endured by the British Army since the Second World War. 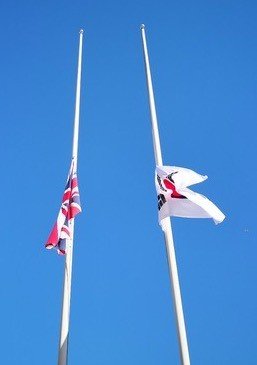 Councillor Haigh said: "These soldiers gave their lives in support of the United Nations and in service of their King and country.

"Their loss was deeply felt then and still today. We must not forget the sacrifices they and their families made and we pay tribute to their incredible bravery.

"Out of their sacrifice a long and deep friendship with the people of South Korea has blossomed and we will continue to strengthen that relationship in years to come."

Colonel Tony Ayers, chairman of the Imjin70 Group, said: "A strong bond has been developed between the city of Paju in South Korea and Gloucestershire, reflected in the donation of 1,000 sets of PPE for the county last year by the people of Paju, where the battle took place.

"The lowering of the flag on this anniversary not only reflects the sacrifice of soldiers from Gloucestershire but also the depths of the friendships between our two countries."

A special service will be held at Gloucester Cathedral and shared online on Sunday.