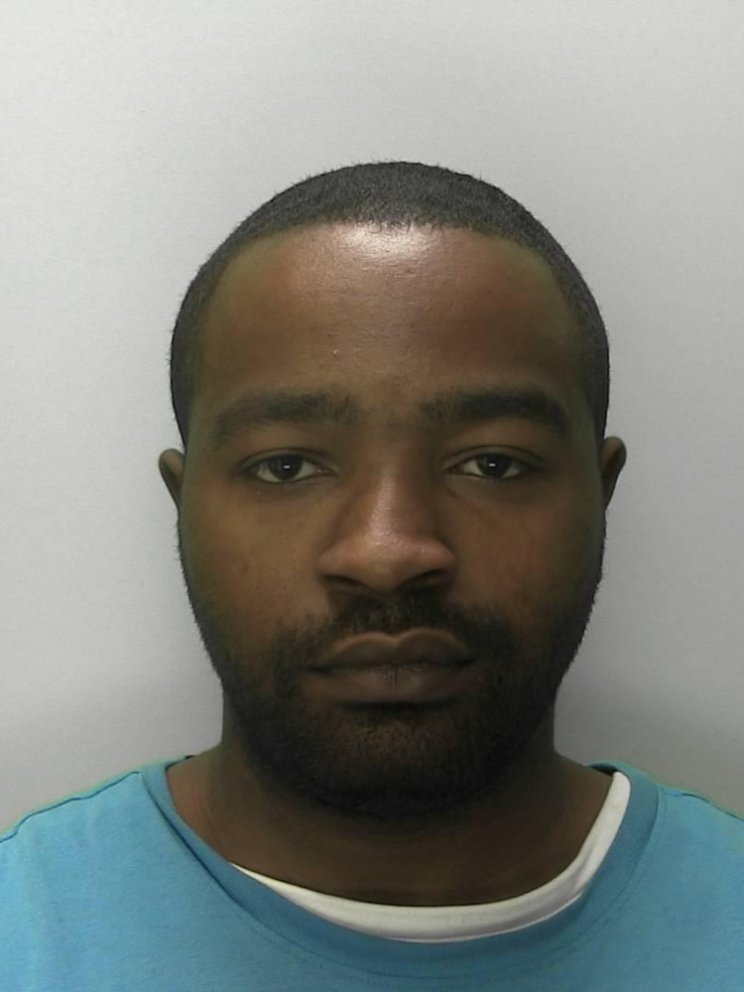 A drug dealer arrested after police saw two customers being supplied in the street has been jailed for four years.

Gloucester Crown Court was told PC Tim Birch was on patrol in Tredworth on May 7 when he saw two men on bicycles who looked to him like Class A drug users.

Stephen Dent, prosecuting, said: "The police officer saw the men approach Jivan Bryan-Munro, a known dealer, and witnessed an exchange between the men. He believed he had just seen a drug deal had taken place.

"The police followed Bryan-Munro but lost him in the Knowles Road area."

Mr Dent said the man was later arrested after emerging from between two houses having been seen to discard two bags, which were recovered and contained approximately £1,820 worth of crack cocaine.

When police retraced his movements, they arrested Francis at the address in Knowles Road and a search of the property found drug paraphernalia along with £2,700 in cash in a bedroom.

"In the kitchen police found a number of mobile phones, with evidence of drug dealing on it, a machete and a large grey dustbin which contained a pizza box that had 110grammes of cocaine, valued at £10,000 inside, and a black box which contained 19grammes of crack cocaine which was valued at £2,100," said Mr Dent.

In interview, Francis initially stated there was no forensic evidence against him but he admitted the offence of supplying crack cocaine at his first court appearance.

Kannan Siva, defending, said: "Francis' role was significant and this is not challenged in view of the commercial nature of the dealing.

"This is his first offence for dealing in Class A drugs. He became involved in cocaine after developing a cannabis habit."

The Judge, Recorder Kate Brunner QC, said: "A significant drug operation was being run from that address and cocaine worth over £12,000 was found at the property.

"This was definitely a commercial operation.

"I have read a number of good things about you. A number of references speak very highly of you, which describe you as being kind and loyal and speak of your good ethics and the writers hope that you will find your way with your family on release from prison."

The judge sentenced Francis to four years in prison and ordered him to pay £190 victim surcharge.

She also ordered for the forfeiture and the destruction of the drugs and relevant paraphernalia.