Gloucester drug dealer jailed for four and a half years

The first trial to be held at Gloucester Crown Court since the coronavirus pandemic lockdown has ended with a city drug dealer being jailed for four-and-a-half years.

Last Friday (August 14) the jury went into retirement for four hours and 19 minutes before convicting Laxmidas by a majority of 10 - 2.

The court heard that police officers watching over an area of the city for drug activity on Nov 28th spotted two scruffy looking men who looked like drug users sitting on a park bench.

They were then joined by a smartly dressed Laxmidas, wearing a black puffa jacket, who arrived at the scene by taxi.

Prosecutor George Threlfall told the court that the police observed an exchange between the two 'dishevelled untidy looking men' and Laxmidaas and something was passed between them. Laxmidas then left, again by taxi.

Simon Kitchen, defending, pointed out that the prosecution had to prove Laxmidas was dealing in drugs rather than being just a user who had bought four wraps of heroin for his own use.

The court was told that Laxmidas was spotted later that day at an out of town supermarket by police. 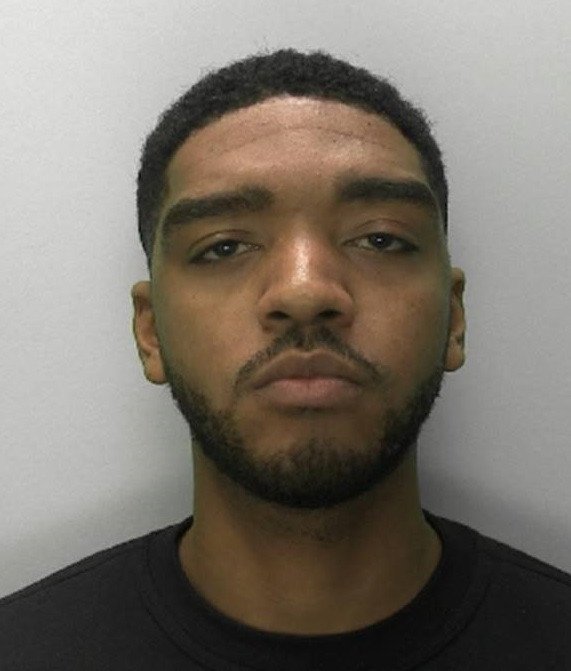 But when they tried to arrest him he assaulted the officers as he was reluctant to give up his four wraps of heroin that he had in his possession.

Mr Threlfall said Laxmidas also had £155 in cash on him, £540 in his car and a further £80 at his flat. The police believed all the money had been the proceeds of drug dealing.

Judge Ian Lawrie QC told the jury that the issues in the case were quite narrow and said: "All you have to do is establish if he was a heroin user buying drugs or was he a dealer supplying drugs.

"Individually the evidence might not amount to much but it's the cumulative effect which, combined with the text messages on his phone, is all said to be consistent with drug dealing.

"You've had a snapshot of this ugly world of drug dealing, which in this case took place just 10 minute walk from this court."

When the jury returned their guilty verdict the judge said that he wouldn't be ordering pre-sentence reports because Laxmidas had a significant similar previous conviction.

The Judge also sentenced Laxmidas to two weeks jail concurrent for possession of a small amount of cannabis - a charge he had recently pleaded guilty too at Cheltenham Magistrates Court.

Judge Lawrie said to Laxmidas: "A number of years ago you pleaded guilty to supplying class A drugs and were sentenced to a young offenders institution for a period time.

"One would have hoped that experience would have taught you a valuable lesson about the supply of drugs.

"You are about to pay a heavy price today as the reality is I have no option but to send you into custody.

"You were clearly on one-man outfit and I have little doubt that you were supplying class A drugs."

The judge sentenced Laxmidas to a prison term of four-and-a-half years and ordered him to pay a victim surcharge of £180.

The judge also ordered the forfeiture and destruction of the drugs and the confiscation of the money seized from Laxmidas and for it to be donated to Gloucestershire Constabulary's drug prevention programme.