Plans have been submitted to Gloucester City Council for a unique type of eatery in Gloucester Docks. 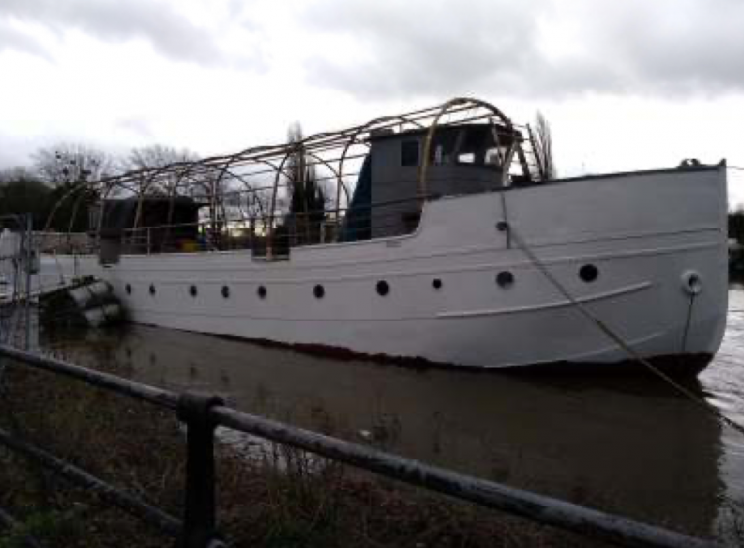 Set to be named 'The Showman', a 75-foot vessel could become home to a new floating café bistro complete with a below-deck kitchen cooking food fresh to order.

The proposed mooring site for the vessel will be on the south-west side of the Main Basin, approximately 30m north-west of Llanthony Bridge adjacent to Alexandra Warehouse and Gloucester Brewery.

Previously called "The Showman Pub" the boat is now called Ribchic Piranha (Hereafter referred to a "Ribchic's") and was built in 1911 at the same shipbuilding yard as the Titanic.

This boat navigated the River Severn for several decades transporting fuel and other materials to industry via the river up until the 1970s. 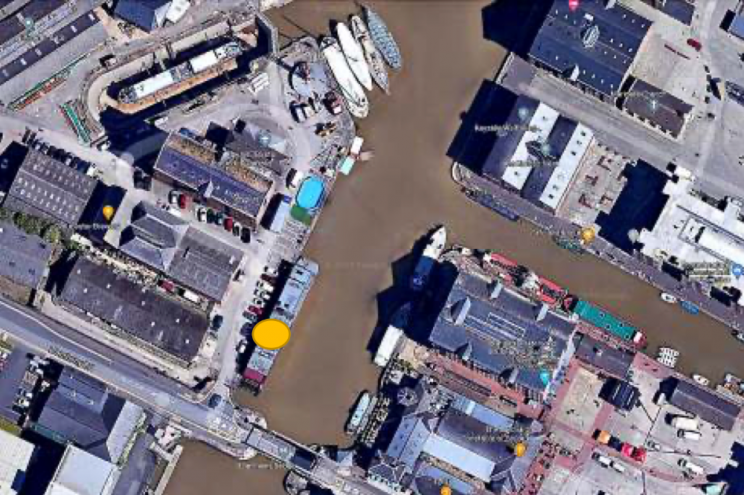 During the 1970s, 1980s and 1990s the boat operated as a river cruiser transporting people for round trips between Worcester and Stourport. By 2012, the Showman was operating as a static pub and grill in Stourport.

Acquired by its current owners in 2017, the boat is undergoing renovation at Worcester's Diglis Basin to be converted into the café bistro.

A design and access statement reads: "Within sight of and a short walk away are a number of cafes, coffee shops, bars and chain restaurants like TGI Fridays, Zizzi, Nandos, Pizza Express so the proposed use of the boat as a café/bistro will fit neatly into this commercial quarter."

"The proposed development is consistent with the Canal and River Trust's strategic aims of revival, renewal, and regeneration in the Docks. The introduction of an independent café/ bistro will certainly add to the diversity of restaurants in the area aiming to be inclusive in what it can offer the public."

It adds that food will be served in "food-to-go" packaging for those taking food away or eating-in on the upper deck, which will have a permanent canvas cover.

The new business is expected to employ up to four full time members of staff, with opening hours listed as 8am until 10pm Sunday to Friday, and 10am until midnight on a Saturday.