Hollie Smith-Charles is stepping down as leaving her role as chief executive of Gloucester Culture Trust after four years in the role. 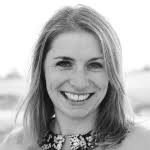 A charity set up to help transform Gloucester through arts and culture, she was the first holder of the role in 2016 and has overseen the implementation of 10-year cultural vision for the city as part of the £3million Great Place project.

She said: "I am proud to have played a leading role in making a success of the Cultural Strategy, building a highly skilled and motivated team and setting up the charity along the way.

"The goal of Gloucester Culture Trust is to connect, enable and champion culture in Gloucester and I'm pleased to have played a part in this ambitious, collaborative effort.

"GCT can be very proud of what we've helped the city to achieve over the past four years."

Ongoing projects include the co-working and studio space Jolt as part of the King's Square redevelopment and the events programme produced by Strike A Light.

Trust chairman Neil Hopwood said: "It's been incredibly exciting working with Hollie to bring the Cultural Strategy to life over the past four years.

"During that time, we've worked with dozens of local and national artists, arts, heritage, business and community organisations to transform the profile of culture in Gloucester.

"Hollie has helped us raise more than £2.2million of direct inward investment for culture in the city and worked with the trustees to set up Gloucester Culture Trust as a force for good, dedicated to cultural development in Gloucester."

The trust is launching a recruitment campaign to fill the chief executive's role.