Two cousins have been jailed for their roles in supplying cocaine and cannabis from a 'heavily fortified' flat in Gloucester city centre.

The city Crown Court was told yesterday that police kept watch on the one bedroom flat in Barton Street from which the cousins were running their operation.

The investigation led to the arrest of the cousins and the recovery of more than £200,000 worth of class A and B drugs. 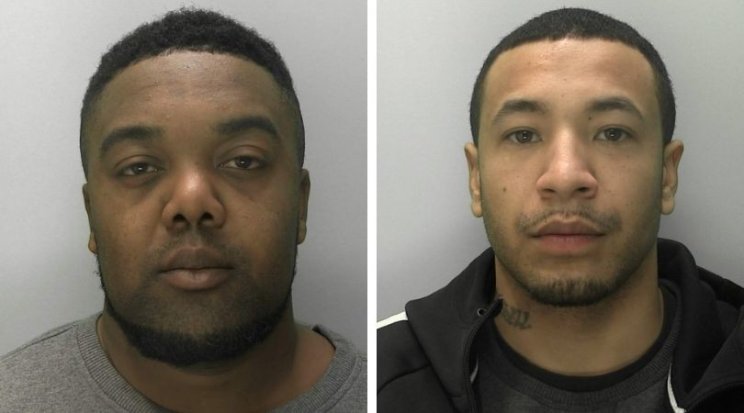 Prosecutor Lucie Stokes said "Police officers observed that drug dealing was taking place at the gate to the property and on February 13 this year conducted a search and recovered a large quantity of cocaine and cannabis.

"The cocaine was hidden behind a bath panel. One block weighing 579 grams was the remnants of a 1kg block. A number of smaller amounts were also discovered and added together had a street value of £150,000. "

Ms Stokes said the police also discovered £50,000 worth of cannabis and cannabis resin stored in buckets and bags during the search of the 'heavily fortified' property along with an array of drug paraphernalia.

Tyrone Hanson, 27, of Woodville, Kingsway, Gloucester pleaded guilty to supplying cocaine and cannabis between February 11 and February 13 this year.

"Tyrone Hanson was clearly the leader of this operation in this fortified flat that had CCTV and a dog protecting the premises, along with a crossbow, a machete and a knife with a 40cm blade. He also had over £13,000 in one of his bank accounts," said the prosecutor.

"Kyerell Hanson-Frost says he was only aware of the cannabis operation, but I would suggest that he would have known about the cocaine stashed away in such a small space as this flat.

Sarah Jenkins, for Hanson, said: "He is a family man and his actions have caused him to reflect on what he has done. He articulates that his judgment at the time was clouded due to his lifestyle and drug habit.

"It wasn't a particularly sophisticated operation, bordering on being amateurish."

Greg Gordon, defending Hanson-Frost, said: "He's accepted dealing drugs at the gate, and knew that something was going on, but not to the extent of the operation involving cocaine.

"Hanson-Frost was effectively following orders and this is evident by the lack of funds in his bank account."

The Judge, Recorder Malcolm Gibney, jailed Hanson for eight years and told him: "Your role has been described as the leader of this commercial operation which has provided you with a substantial financial gain.

"Clearly this was a money-making scheme."

In sentencing Hanson-Frost to 18 months in prison, the Recorder said: "I consider your role as being significant. It was a small flat and you must have known what was going on, especially as it was fully fortified.

"You have also breached an earlier court order, even if it was at the end of the time period."