Work on the redevelopment of King's Square is on track to start in a few weeks with a Gloucester firm acting as the main contractor. 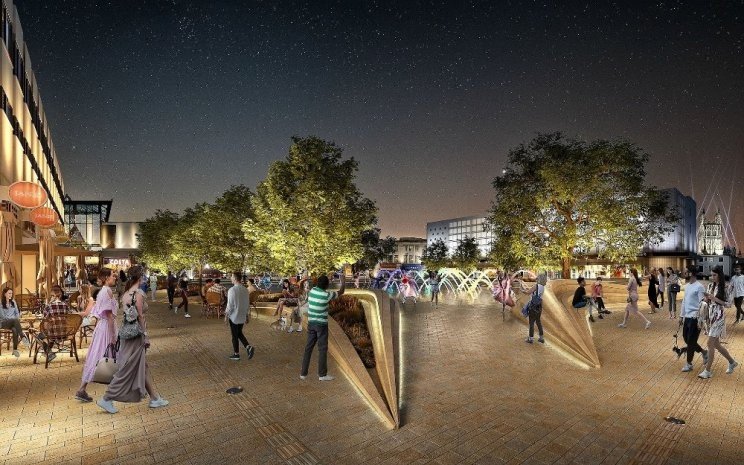 Gloucester City Council's cabinet approved the implementation of the redevelopment and the appointment of the principal contractor, together with the adoption of a Social Value Policy which will ensure procurement decisions are made with local impact in mind.

Work on the redevelopment was due to have started in April after the granting of planning consent in March, but the coronavirus pandemic delayed the scheme and forced the council to go through a fresh tender for a new main contractor.

But last night's meeting approved the scheme, which has funding approval under the council's existing capital programme, and authorised contract decisions with the

Council leader Councillor Richard Cook said: "The first major stage of the King's Quarter redevelopment will include works on a Changing Places toilet facility in King's Walk Shopping Centre which will now be ready before Christmas and the refurbishment of the former BHS store.

"That will be followed by plot one, which will be the delivery of 26 affordable homes off Northgate Street, and then plot two, The Forum."

He welcomed the Social Value Policy, which means any procurement contract worth more than £50,000 will need to consider and outline the impact on the community's economic, social, and environmental wellbeing.

"Social value considerations are at the heart of plans for King's Square and the wider King's Quarter," he said. "The contractors are fully aware of their need to fully engage with that to maximise the impact.

"I know the contractor will be a local Gloucester company and their focus will be to deliver a successful project and in so doing deliver benefits across the entire city."

Councillor Hannah Norman described the news as a step forward.

She said: "It is positive that hopefully we will see activity in King's Square as early as the end of this month.

"At the recent consultations, I think the only negative element of any commentary that was given was 'when are we going to see it?' so it's fantastic that we'll have a Gloucester builder, contracting on a Gloucester piece of work that is really going to push Gloucester forward in regards to cultural opportunities in King's Square.

"The fountains are returning but in a 21st century way and I think it will be amazing when we can stand there in 12 months time and do a massive opening."

Councillor Andrew Gravells welcomed the affect the Social Value Policy will have on the wider city community.

He said: "I remember talking to people about the regeneration of Gloucester Quays and somebody who was out of work asked 'what's in it for me?'.

"I am so sorry that people like that had to wait so long but at last we can deliver these sort of issues, these sort of policies and nobody will be able to say 'what's in it for me?' because these policies will make it a much more inclusive and fairer society and city."