Gloucester will be getting a big screen in the city centre after plans to install a 39 square metre LED display in King's Square were approved by the City Council.

The eight-metre by four-metre screen will be positioned on the first floor of the Chambers building on the northern side of the square.

The plans allow for the screen to remain in place once the regeneration of the square, as part King's Quarter scheme, has been completed.

The application made by Gloucester BID for a "large screen, in the heart of the city centre, is a key component of its marketing and promotion plans."

A previous application for a rotating big screen that would have been erected on a large free-standing pole in the square, was withdrawn last year after receiving numerous objections.

According to information submitted with the proposal from Gloucester BID, the screen will "carry fixed pages, scrolling text and full graphics and video." 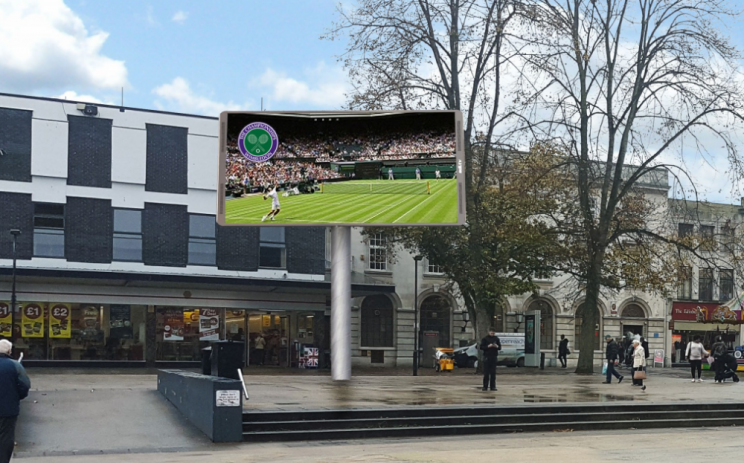 While used largely for advertising Gloucester businesses linked to the BID and in the BID area, the screen will also be used to transmit "major events and mainstream media."

The city council permitted the application for 21 years, so the screen will continue to sit on the site when the proposed King's Quarter regeneration is carried out.

That included a new development on the site of what is known as King's House - currently The Chambers pub.

The new building would be a food hall with seven kitchens and two bars and a creative hub over two floors, with exhibition and event space at roof level.

The screen has been included in all future plans for the building (see below), sited at first floor level coherent with the approved application for the existing building. 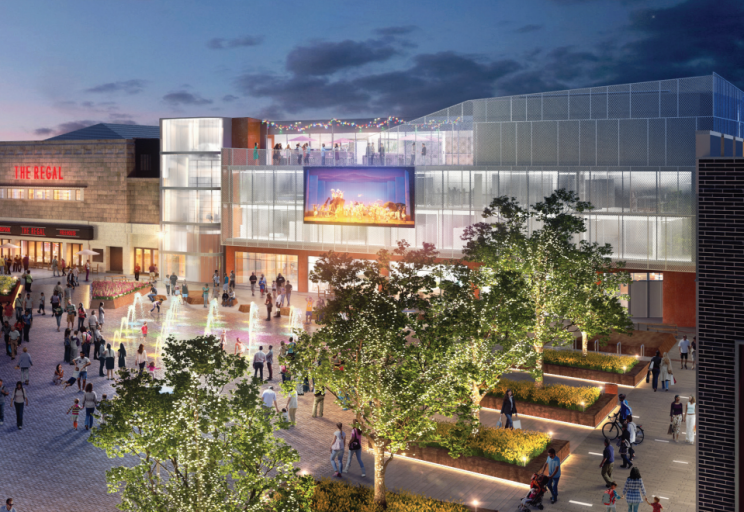