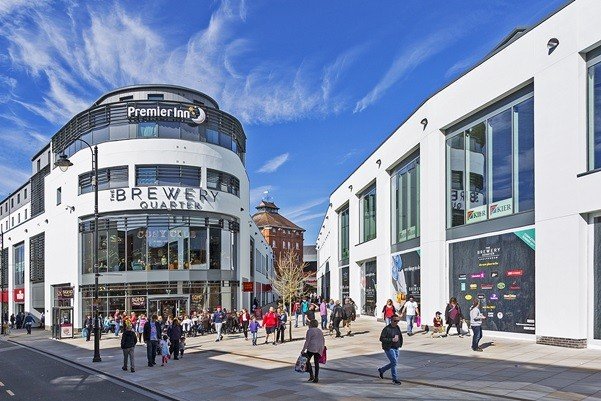 High Streets in Gloucestershire are "ahead of the curve" in adapting to the needs of the 21st century as a House of Commons report issues a stark warning about town centres becoming "ghost towns."

A report from the Housing, Communities and Local Government Committee made for grim reading this morning as it warned that a "tipping point" had been reached.

While they committee said they "do not believe the High Street is dead", there was an urgent need to adapt in the face of competition from online retail giants such as Amazon.

But here in Gloucestershire the message already seems to be sinking in, with both Gloucester city centre and the Cheltenham high street already offering something different.

Emily Knight, business engagement manager for Marketing Gloucester said that the focus of the city centre should no longer be just about what we need or want to buy.

"Reports like this have shown that we need to adapt and evolve to the ways that people are shopping," she said.

"There needs to be more mixed use, more of a focus on entertaining people once they are here and offering something new and different."

Marketing Gloucester have invested in numerous Festivals over the course of the year to get people into the city and spending money.

The Gloucester BID has been launched to counter anti-social behaviour and the continuing regeneration of the city centre shows how Gloucester is a city on the up.

At the other end of the Golden Valley, Cheltenham's High Street is also adapting and regenerating with the opening of the new John Lewis and Brewery Quarter offering a new type of town centre experience.

Kevan Blackadder, director of Cheltenham BID believes that the key is to give shoppers extra reasons to shop in the centre rather than online.

"We've seen a rise in footfall because of Light Up Cheltenham which has been really encouraging," he said.

"It's a time of year that is usually quieter for retailers, but there has been a really positive spin-off and that shows it's about giving people experiences as well as shopping.

"The key is to mix leisure and retail together, the Brewery Quarter has that with bowling and crazy golf alongside restaurants and bars and some good retailers on site as well."

Committee chairman Clive Betts MP said: "It is likely that the heyday of the high street primarily as a retail hub is at an end. However, this need not be its death knell.

"Local authorities must get to grips with the fact that their town centres need to change."

The report called for a change to business rates at higher taxes for online retailers in order to "level the playing field."

The report called for the need for innovation, from finding new ways of using existing buildings to encouraging new and independent retailers to move into town centre premises

Business rates must be made fair," Betts added, "They are currently stacking the odds against businesses with a high street presence and this must end.

"We urge the Government to investigate all the options in this area, including an Online Sales Tax."

"We do not believe that the high street is dead but we do agree that a tipping point has been reached."