And the cathedral will ring the changes, when its bells chime the US national anthem, especially for the American forces based in the city.

The troops will parade in front of the Cathedral at 10am on Saturday morning as the bells play the Star Spangled Banner across the city. The special rendition is to honour 10 years of US forces in Gloucester as part of NATO's ARRC. 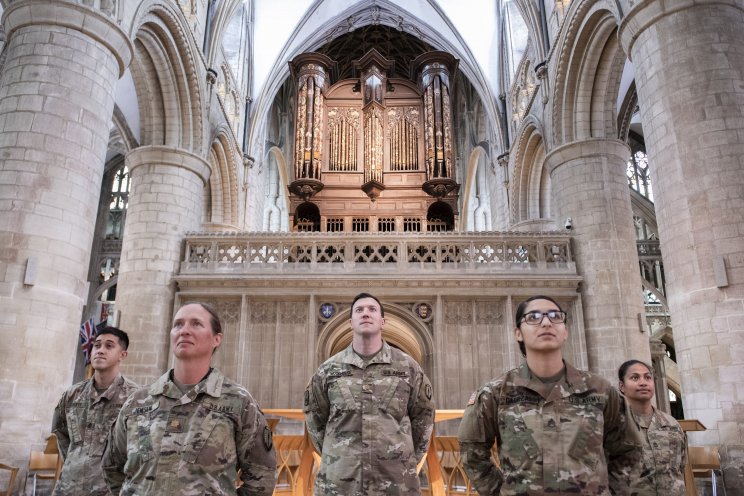 The tune was originally composed by Gloucester-born John Stafford Smith in the 1770s and later adopted as the US national anthem.

Ahead of 4th July this year, the American soldiers visited the cathedral to hear the director of music Adrian Partington perform the Star Spangled Banner on the same organ played by John Stafford Smith's father when he was the cathedral organist in the 18th century.

They also received a blessing from the Dean of Gloucester, The Very Reverend Stephen Lake, to mark their 10 years in the city as part of the ARRC.

He said: "It's going to be a very special moment for myself and the soldiers, and also for our families who are going to attend the ceremony.

"It's the 10 year anniversary of the Allied Rapid Reaction Corps being here, being part of the Gloucester family. Changing the bells for us, so we can pay our respects on US Independence Day, it's a real honour for those of us serving here in the UK."

US Army troops are based in Gloucester as one of the 21 nations serving with NATO's Allied Rapid Reaction Corps. The British-led corps has been based in the city since 2010, after it moved from its former base in Germany.