Property experts Bruton Knowles' upwards trajectory looks to be continuing with the announcement it is to become involved in plans to expand Heathrow Airport.

The news comes shortly after the Gloucestershire firm also revealed a lift in annual turnover of eight per cent to £13.85m (2018/2019) with profits soaring by 72 per cent to £2.3 million.

Now the Gloucester-based firm has been appointed by Heathrow West Limited to provide land agency services in support of its application to develop a new terminal at Heathrow Airport. 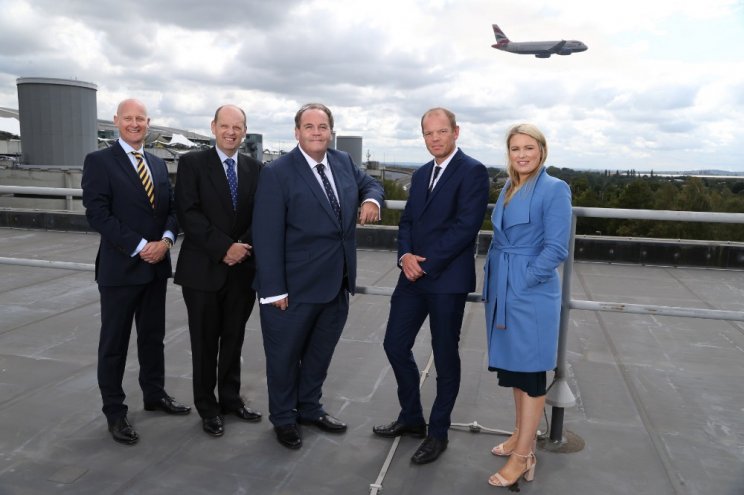 A new terminal, which would be located to the west of the current airport site, would provide capacity for up to 40 million passengers each year, and would service the proposed new, North West runway.

James Bailey, managing partner at Bruton Knowles, said: "Heathrow Airport is one of the UK's leading assets, playing a vital role in the nation's economy.

Carlton Brown, CEO of Heathrow West Limited, said: "Bruton Knowles undoubtedly stands out from the crowd. Having witnessed first-hand their dedication, experience, deep understanding and sensitive handling of land referencing projects, Heathrow West Limited has no doubt that the consultancy is the right choice to support us in our proposals.

"We are confident in their ability to help us put forward the best solution for airport expansion."

With 200 staff across its 12 offices nationwide, Bruton Knowles employs 100 members of staff at its head office in Olympus Park, Gloucester.

The property consultancy has been retained by Heathrow West Limited to deliver land referencing and associated services for its competitive bid.

The property consultancy has recently opened a new branch in London to service a growing client based in the capital and South East. It now has 12 offices across the UK.