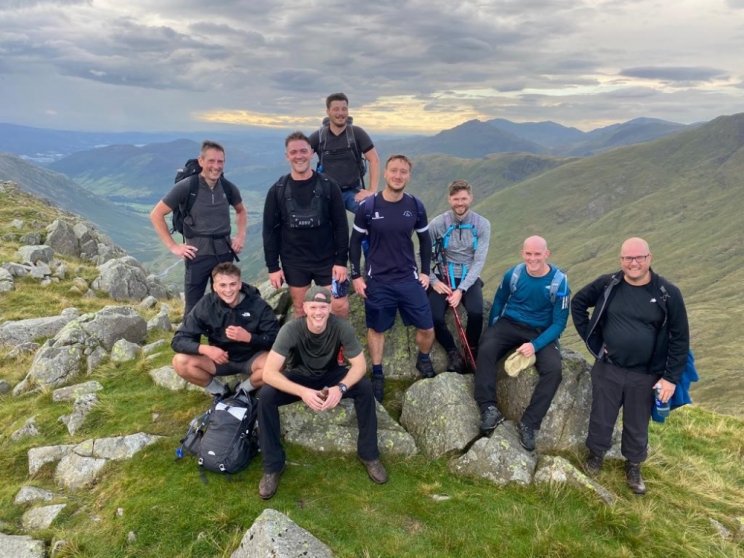 Members of the team from all five offices got together to face the challenge; one of the most demanding mountain walking challenges in the country that requires individuals to scale 24 of the highest peaks within a target hiking time of 24 hours.

The total route mileage for the 24 peaks is around 30 miles, but the elevation and height gain make this far from easy, and many say that the challenge is tougher to complete than the national three peaks challenge.

Starting at 6am on September 9, the teams took to their first peak, with the daunting task of 23 more to go. Throughout the weekend, the team members encouraged each other to push themselves to reach each of the peaks in their limited walking time.

From the Scafell range to the heights of Helvellyn, the GSS team members successfully completed their challenge whilst taking in the spectacular views of the Lake District.

Jonathan Hunter, partner at GSSArchitecture and team captain for the challenge, said: "At GSS, we love to push ourselves in everything we do, whether that be projects or staff challenges.

"It's important that members from our five offices have the opportunity to get together throughout the year and if we can raise money for charity whilst we do it, then even better!

"This was not an easy challenge but I'm proud of our team members that took part and the amount of money we have raised for such a great cause."

So far, GSS have raised £2,800 for their chosen charity from the challenge, with the figure set to rise again after the practice hosted a Macmillan Coffee Morning at the end of September.

The firm was commissioned to design and deliver the new Macmillan Cancer Support Centre at Kettering General Hospital, which completed earlier this year.

The new centre, which is the first of its kind in Northamptonshire, will be used by people who are living with, or are affected by, cancer and will offer them support, resources and therapeutic services.