Only one in 10 young people plan on staying in Gloucestershire

Findings released by the county's most powerful business organisation into what young people think about Gloucestershire show only one in ten plan on staying here forever.

And just four in ten say they will only stay in Gloucestershire for between two and five years, according to the research, by the local enterprise partnership GFirst LEP. 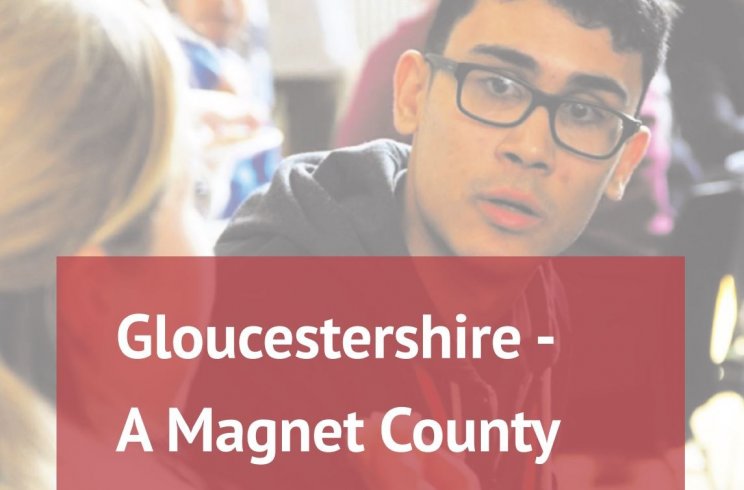 For those concerned with halting the county's demographic slide towards an aging population and who are concerned what that means for its economic welfare, the findings will be concerning.

For the LEP this was not just a paper exercise. It is research which has informed its draft Local Industrial Strategy (business plan, to you and I) on which it has been seeking opinion - and on which you can still comment until the end of today (October 31).

When finalised and published it hopes the strategy will win even more money from central Government to invest and drive the economy of the county.

If it gets its pitch wrong, and some parts of the country have, the money will not be forthcoming. So far, everything it has submitted to Government has turned to gold - bringing more than £100 million of investment money to the county.

"In the Industrial Strategy White Paper the Government sets out expectations that each area in England will produce as LIS and states that it will work in partnership with places to develop them. They will be developed locally and agreed with the Government.

"These strategies will help identify priorities to improve skills, increase innovation and enhance infrastructure and business growth. This will guide the use of local funding streams and any spending from national schemes."

According to the GFirst LEP youth survey the LEP heard from 5.12 per cent of Gloucestershire's 14 to 25-year-old population - 62.8 per cent of that total were in the 14 to 16-year-old bracket.

Participation People and Young Gloucestershire were recruited to help the LEP reach the parts of the county it might not otherwise find, and some 4,214 young people completed the survey - 1,046 young people took part in 78 focus groups.

The survey had a 93.2 per cent completion rate.

It also asked what the best thing about living in the county was, asking for seven words which best described what their experience.

It also asked what the worst thing was about living in the county.

Words came back like rubbish, isolated, lack of things to do, job opportunities, drugs, public transport.

Asked if they were currently working and or want to move sectors, which sector would you like to work in. The majority (20.4 per cent, said creative industries), the next largest proportion (20.2 per cent) said 'something the survey had missed. Then came (16.9 per cent) said health and social care, then education (13.6 per cent), then finance, 12.7 per cent said they wanted to be self-employed, legal and professional services (12.3 per cent), then engineering (10.5 per cent, digital/IT (9.1 per cent, environmental and renewable energy (7.8 per cent), cyber (6.3 per cent).