A getaway van full of tools stolen from a Gloucester warehouse crashed into a police car, a court has heard. 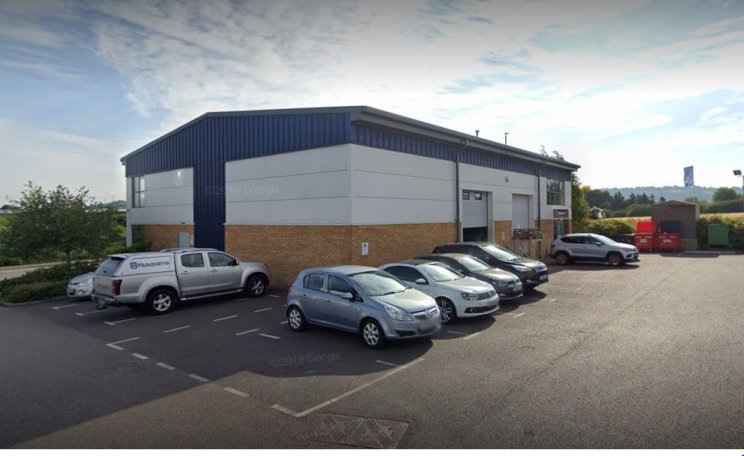 Terrance Quick, 41, of Bigdale Drive, Liverpool, was driving the stolen Mercedes Sprinter van full of stolen tools when he was seen on the M57 on August 14, 2018, Gloucester Crown Court was told.

When they realised their haul of tools and equipment was too big to get into their VW Golf, they stole a van from nearby Macfarlane Packaging after breaking in with the aid of a disc cutter.

The haul included 14 disc cutters and a specialist trolley, three dust extractors, six rail saws, three drills, a chain saw, an electric disc cutter, a power pack, three ring saws and a pressure washer, Quick set off for Liverpool alone in the van while his partners in crime travelled in the VW, said Mr Lee.

But when spotted by police on the M57 and was 'corralled' by patrol vehicles. Quick chose to drive on in a bid to escape before he collided with a police vehicle, veered off the road and rolled over.

He was arrested and was found to have taken cannabis earlier in the day.

Mr Lee said that while some of the tools were recovered, Husqvarna was still out of pocket by £16,000 and the repair to the building had cost £5,100. The van, valued at £16,000 was also written off and the police car had also been severely damaged.

Lloyd Morgan defending, said: "I believe Quick had a subsidiary role within this criminal group, but in reality I cannot substantiate this.

"Quick has told his employer about these offences. He is well regarded at work and his employer said he will keep him on if he retains his liberty."

Quick pleaded guilty to entering the Husqvarna unit in Gloucester as a trespasser and stealing power tools and associated items to the value of £49,300. He also admitted aggravated taking of the Mercedes van from Macfarlane Packaging.

Jailing Quick for three years the judge, Recorder Richard Stead, told him: "You have a very poor record and your life is slowly passing you by. Whilst you keep offending in this way you will spend most of it in prison.

"This offence was clearly planned as you travelled down from Liverpool with two others and committed the burglary under the cover of darkness.

"I've considered a suspended sentence but there is little merit in that as the likelihood of you keeping out of trouble seems limited.."

Quick was also disqualified from driving for a year and ordered to pay a victim surcharge of £170.