Cheltenham-based GCHQ has struck a deal - thought to be worth up to £1 billion over ten years - with Amazon the American online tech company to hold secret material in the cloud. 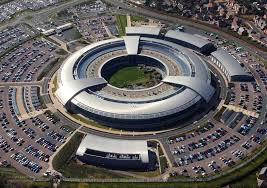 The agency's data will be held in Britain but hosted by Amazon's cloud computing arm AWS, according to national reports, originally published in the Financial Times.

Other government departments, including the Ministry of Defence may also use the high-security storage system.

GCHQ says it does not comment on claims about its relationships with tech suppliers.

The new system would enable intelligence to be shared from overseas more easily and improve the use of technologies like speech recognition.

The news is likely to raise concerns over such sensitive material being hosted by a foreign company.

Sir Jeremy Fleming, director of the intelligence agency, has revealed that 'ransomware' cyber attacks have doubled in the last year across the UK. He also warned of growing threats from China.

That tax figure was up by more than two-thirds on the previous year when the firm paid just £293 million.