Games Workshop - with outlets in Gloucester, Cheltenham and Stroud - has seen a growth in interest in its Warhammer products. 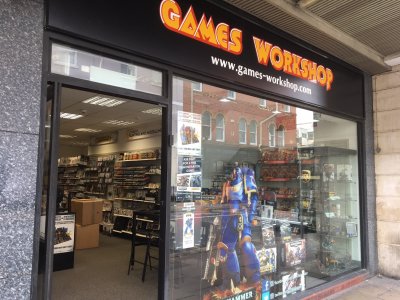 The retailer saw a rise in sales but it was accompanied by a fall in profits, according to half year figures for the year ended 28th November.

But pre-tax profits were 3.7% down at £88.2 million, a fall £3.4 million, with the cost of distribution, staffing costs and foreign exchange fluctuation taking the blame.

Games Workshop says the Warhammer game products are better available and has invested in support functions. It plans a £6 million upgrade to its web store, following a fall in online sales of 10% in the half year. More than a fifth of Games Workshop sales take place online.

Kevin Rountree, Games Workshop chief executive, said: "We have proven once again that the Warhammer hobby creates exciting experiences and allows people around the world to come together and have some fun.

"We continue to focus on making the best miniatures in the world and to document and deliver an exciting operational plan."

Eight shops closed during the half-year but four new ones opened, making a total of 519.