Winter is officially here - the first Bewick's Swans to complete their long flight from the Arctic Circle have splashed down at the Wildfowl and Wetlands Trust in Slimbridge. 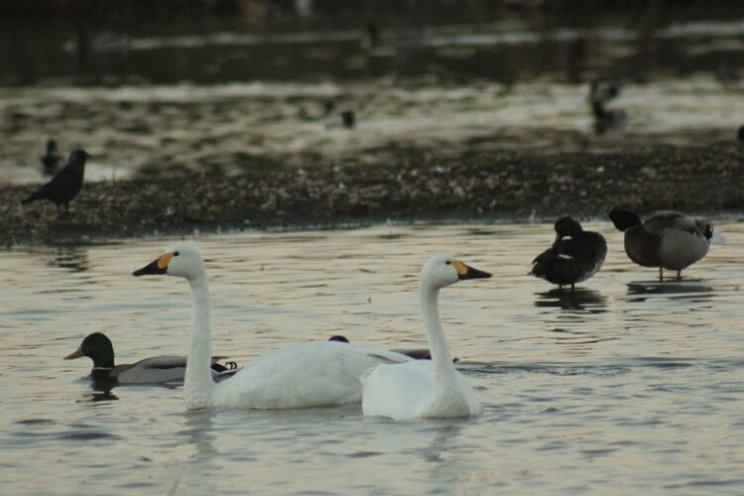 Legend has it, the earlier the Bewicks start arriving on the Severn estuary, the colder and harsher the winter will be.

The earliest one of the birds has arrived at Slimbridge was October 11, 2015 - a day earlier than a record from 1980 when two of the swans turned up on the same day.

The first arrival of a pair called Primero and Piquet suggest the winter is not going to be too bad.

A Slimbridge spokesperson said: "Primero has been coming to Slimbridge since December 2012 and has been recorded every winter. Primero's name means first, so very appropriate - first by name, first by nature!

"Piquet was first recorded at Slimbridge in January 2016.

"Every winter they return to the UK to escape the Arctic winters of Russia, travelling an epic 3,500km journey."

They continued: "Most Bewick's swans form pair bonds during their breeding season in Arctic Russia and often pair for life.

"There have only been two recorded instances of divorce among the swans studied at Slimbridge. Usually the birds pair for life but will re-pair if their partner dies."

The team at Slimbridge team has been identifying each bird by its unique bill pattern for more than 50 years with more than 10,000 swans recorded.