Telephone boxes in the centre of Cheltenham have become real life-savers thanks to funding from the town's Business Improvement District.

The Cheltenham BID have funded a new defibrillator that will be housed in one of the iconic red phone boxes on the Promenade and be available around the clock. 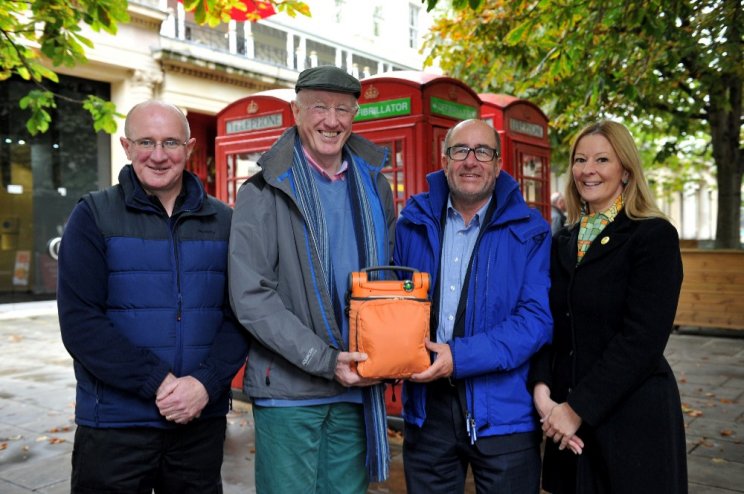 Clare Seed, of Tidal Training Direct and co-founder of the appeal, said: "We've been trying to find a suitable site in the town centre for a defib that can be available at any time of the day and night and are delighted the BID has been able to make this happen.

"It really could make the difference between life and death if someone has a cardiac arrest in the area."

The appeal aims to raise enough money to ensure that no-one is ever more than 200 metres away from a defib in Cheltenham town centre.

A number of bars and businesses in the BID zone are supporting the appeal by having collections in their premises.

They include The Bank House, The Spectre, Yates, Revolution, The United Services Club, Circus Bar, The Beehive, The Clarence Social, The Stable, Whittle Taps and Smokey Joe's.

The collections have already raised more than £600, with The United Services Club alone raising £180.

Kevan Blackadder, Director of Cheltenham BID, said: "We wanted to support the great work our bars and businesses are doing by funding defibs that can be accessible at any time.

"It will make Cheltenham town centre a safer place to both work and visit."

The life-saving equipment is easy for anyone to use and can be carried to the patient.

Anyone who suspects someone is having a cardiac arrest should call 999, tell the emergency operator you need to access the defibrillator and tell them your location. They will confirm the code to unlock the door and talk you through the use of the defibrillator.

Cheltenham Trust, which manages the phone boxes on The Promenade, and Cheltenham Borough Council, which owns them, supported the BID's plan to install the new defibrillator.