The number of mobile 'speed camera' locations have doubled in Gloucestershire, following representations to the Police and Crime Commissioner (PCC). 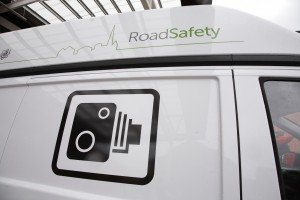 Out of more than 200 sites, many cover traditional main arterial road 'hotspots', but many more are now focused on secondary roads, identified by local people for the persistent high speeds they encounter.

PCC Martin Surl said: "There is nothing 'Big Brother' about this and there is no secret about where the cameras will be located.

"It is something lots of people, particularly in rural communities, have been wanting for a long time and we have now been able to deliver. It's not about 'catching people out', it is about trying to make our roads safer".

It means camera sites operated by Gloucestershire Constabulary now include:

The full list can be found at the bottom of this article.

Motorway sites identified are usually only used as part of national operations involving the use of mobile phones, seat belts and tailgating. In addition, 30 more community sites are being surveyed. If the results confirm anecdotal evidence of 'serial speeding', they will be added to the list of active sites.

Charles Pedrick, Gloucestershire ANPR Road Safety Group chair said: "This is just what we have been asking for. Something that will make drivers think again about using our roads as race tracks.

"They forget, or perhaps they don't know, that the roads they know best and take for granted are the most dangerous. Around 60 per cent of fatal and serious collisions happen on rural roads and 34 per cent on urban roads.

"I see this as a very positive step towards reducing speeds on neighbourhood roads that have fallen through the net up to now and will help to make them safer for all users".

To police the sites, the Constabulary now has four vans fitted with long lens cameras which have an approximate range of 990 metres. When the first was launched in 2018, it was dubbed 'the long eye of the law'. Now it has a new weapon to go alongside called 'Trucam 2', a new generation of handheld camera, which provides similar quality pictures to its long-sighted forerunner.

A40 Northern By pass

A40 Northern By pass

A419 Oldends Lane to Stonehouse Court

A417 Over Roundabout to Maisemore

A417 Hiams Lane to Overton Farm

A48 Westbury on Severn

B4215 South of Newent Bypass

A417 Crosshands Garage to Hartpury

A417 The Heath, Redmarley

A44 Moreton in Marsh, Near Mosedale

A417 Near South Cerney Junction (SB)

A417 Near South Cerney Junction (NB)

A429 White shoots Hill, Bourton on the Water

Rissington Rd, Bourton on the Water

A44 Bourton on the Hill

A44 Moreton in Marsh

A429 Moreton in Marsh

A44 Bourton on the Hill

Sheep Street, Stow on the Wold