The chief executive of the Chartered Institute of Personnel and Development will lead a quartet of keynote speakers at this year's Growing Gloucestershire Conference.

All four will be giving speeches to the annual conference on October 15, which this year is being hosted in the picturesque surroundings of Pittville Pump Rooms in Cheltenham.

And today marks the last day when tickets for the all-day event are available at the discounted early-bird price of £47.

Peter Cheese, CEO of the CIPD will kick the conference off with the first of four keynote speeches. 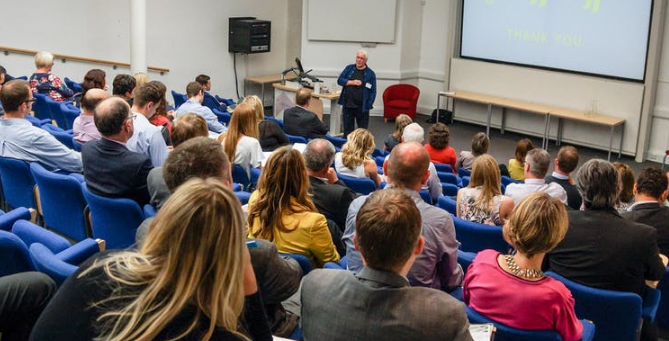 Mr Cheese is head of the body that represents more than 150,000 people development professionals around the world and is an expert writer and speaker on the development of HR.

Following on from Mr Cheese will be Sophie Bennett, a motivation and leadership expert, bestselling author and leading speaker.

Her speech, 'The mystery of motivation - and why moments matter more than you can imagine' will focus on talent, talent management and will feature what she calls the 'five flames of motivation.'

After the two morning speakers, there will be series of breakout sessions before the afternoon starts with the third keynote speech from Tara Simmons of the Midcounties Cooperative.

Ms Simmons has been with the Coop for 32years during which time it has become the largest independent cooperative in the UK with more than 8,000 staff and 500 trading sites.

That will be followed by a further tranche of breakout sessions, before the conference concludes with the fourth and final keynote speech, from Rick Sturge of the Bloodhound Project.

Mr Sturge is the CFO of Grafon LSR Limited, the holding company responsible for the Bloodhound Land Speed Record Project, based at the SGS Campus near Berkeley.

Bloodhound is aiming to break new ground and set a new land speed record within the next two years and Mr Sturge will speak about the project, its aims and ambitions.

The Growing Gloucetershire Conference runs from 8am through to 3.45pm on Tuesday, October 15.

Tickets are available from glosprofs.co.uk and are available at the discounted early-bird rate of £47 until midnight tonight. Following the end of the early-bird sales, tickets will be £67.

The full agenda, including more information about the keynote speakers and 10 separate breakout sessions can be found on glosprofs.co.uk.