Fuel prices near to an all-time high

The cost of fuel moved closer to an all-time high as supply issues continue to hit availability in some areas. 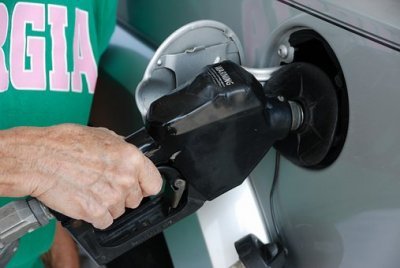 The increase in the price of petrol and diesel has a knock-on effect for businesses across Gloucestershire, affecting logistics and deliveries.

According to the latest RAC fuel watch, the average price of a litre of both petrol and diesel rose in September to make a tank around £12 more expensive than a year ago.

It comes as business faces a 'perfect storm' of cost pressures including shortages, supply chain issues, the VAT increase for hospitality, increases in energy prices, as well as the ending of furlough and repayments on Covid loans coming due.

Unfortunately for drivers, average prices are moving ever closer to the record highs of April 2012. Both fuels are now at prices last seen eight years ago in autumn 2013.

The increase at the pumps has been driven not by the delivery crisis but by a 10.65% rise in the price of oil.

RAC fuel spokesman Simon Williams, said: "Not only are motorists struggling to put fuel in their vehicles, they are having to pay through the nose for it as the rising cost of a barrel of oil is causing further pain at the pumps.

"As life moves ever closer to normal as the world gets to grips with Covid-19, demand for oil is outpacing supply, and with producer group OPEC+ deciding on Monday not to release more oil, the barrel price has now broken through the $80-mark for the first time in more than three years.

"This looks likely to spell further misery for drivers at the pumps as we head towards Christmas, especially as some analysts are predicting the price could even hit $90 before the end of the year.

"Drivers have had to endure the average price of petrol going up for 10 out of the last 12 months and now, because of the supply crisis, many have had great difficulty getting hold of it just so they can go about their daily lives.

Prices at the four major supermarkets were 4p a litre cheaper than the UK average while at motorway services they were 15p more expensive.

Punchline says: "The cost of fuel affects every section of the business community which is already facing enormous pressures. A seventies-style 'Winter of discontent' must now be considered a serious threat."