A former soldier who now works for a Gloucestershire-based housebuilder has been named as a Star of the industry at a national awards ceremony.

Mr Morton joined Bovis Homes in 2016 after completing his service in the Royal Engineers. 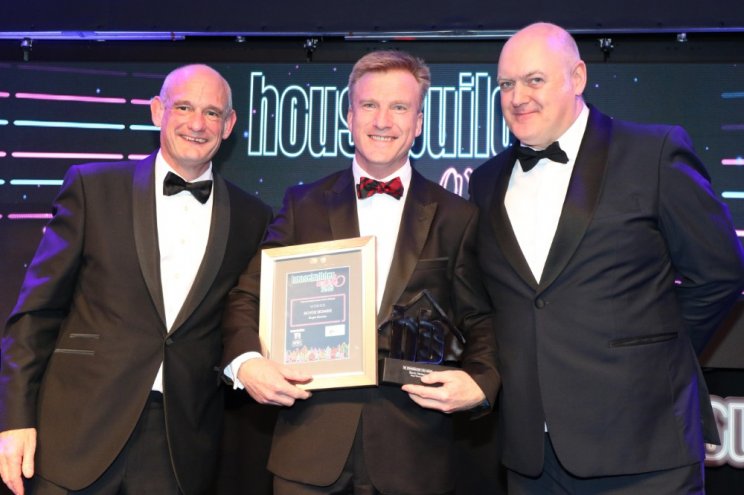 In the three years since he has established leadership and trainee programmes and has been passionate in addressing mental health issues and improving staff well-being.

He was the driver behind Bovis Homes receiving the Ministry of Defence's Armed Forces Employer Recognition Scheme Gold Award - the first dedicated housebuilder to receive the accolade.

Mr Morton received his award from TV host and comedian Dara Ó Briain after being adjudged to go above and beyond in his dedication to drive improvement in his company's performance.

He said: "I'm overwhelmed and thrilled with this award, which is a win for all my colleagues at Bovis Homes, who work hard throughout the year to improve the performance of the company and our strong relationship with home owners.

"Bovis Homes is a great housebuilder on an upward trajectory, and we are becoming leaders in many areas of the industry - particularly when it comes to looking after customers and staff.

"We do so much with the Armed Forces and charities also, helping to offer opportunities to people of all backgrounds and looking after those breaking into the industry.

"This is a brilliant company to work for and I look forward to leading on exciting future projects and initiatives, all of which are ultimately geared towards delivering quality homes and a great service, to help people make their dream move."

Although new to the industry, Mr Morton immersed himself in the sector, working closely with the National House Building Council (NHBC) to make significant improvements in construction quality and customer service.

Mr Morton, who lives in Leckhampton, has been praised for his attitude towards his colleagues - always encouraging and supporting those around him, and going the extra mile to assist whenever possible.

Neil Jefferson, chief operating officer at the NHBC, said: "Roger has been closely engaged with NHBC since joining Bovis Homes in late 2016 and has helped spearhead significant improvements in construction quality and customer service as measured against key industry metrics.

"Roger is enthusiastic, focused and has a can-do approach to everything he takes on. He delivers on his promises and always leads by example. He has made a big impact in an industry that is new to him and fully deserves an award."

For more information about Bovis Homes and nearby locations including Furlong Rise in Prestbury, Oaklands in Hunts Grove and, soon, Twigworth, visit www.bovishomes.co.uk or call 01242 388500.