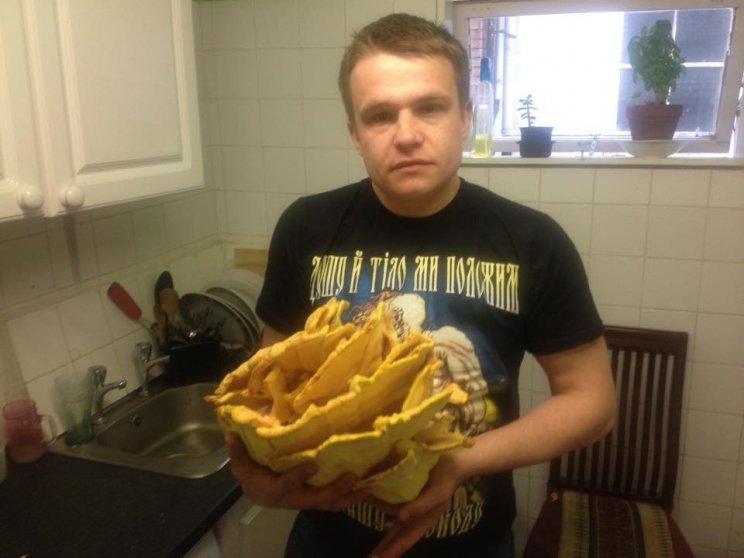 A former Michelin star restaurant chef and a teenager who was 'thrown from the frying pan into the fire' in the drugs world, have been jailed for a total of eight years for dealing heroin and cocaine in Gloucester.

Sergii Houghton, 33 (pictured right), of no fixed address, ran a Michelin starred restaurant for 14 years but lost his job as a chef due to his seven-year drug addiction, Gloucester crown court was told.

He pleaded guilty to possessing cocaine and heroin with intent to supply on March 21, 2019 and again on June 9.

His co-defendant, Shaun Sweeney, 19, of Hunters Road, Hockley, Birmingham, admitted possessing heroin and cocaine with the intent to supply in Gloucester on June 9th last year.

The court heard that the two men had travelled to Gloucester from Birmingham to sell Class A drugs but were with cocaine and heroin in their car on both occasions by the police.

The court was told that when Sweeney's parents split up in his childhood he ended up in care in London and got involved in a life dominated by drugs, following which he was sent to Birmingham.

Judge Ian Lawrie QC remarked: "It's a matter of profound regret that despite Sweeney's family's efforts in getting him away from drug dealing with gangs in London, he seems to have gone from the frying pan into the fire in Birmingham.

"That was not intended but the consequence of that move."

Prosecutor Simon Goodman explained that the two men had been stopped in a car on the Tewksbury Road in Cheltenham at 2.20am on March 26 last year.

Mr said: "They were found with 28 wraps of class A drugs on them. The cocaine had a street value of £220 while the heroin was worth £200.

"They were both arrested and released under police investigation. But this didn't deter them as they were stopped again on June 9 in Bruton Way in Gloucester at 3.30am.

"The police carried out a search of the vehicle and found 18.1grammes of crack cocaine in 202 wraps and 22.2grammes of heroin in 184 wraps." 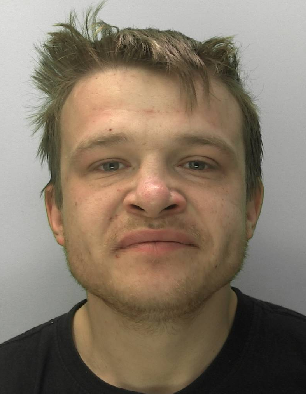 Greg Gordon for Houghton (pictured right), explained that his defendant had been transported to court that morning, but had become distressed by the whole procedure and asked to be taken back to prison.

Mr Gordon added: "Houghton made it clear that he didn't want to wait to be sentence and said that it could go ahead without him."

Joe Maloney for Sweeney said: "He now has a supportive family who have submitted letters of support to this court demonstrating that he has a different side to him than the one we see in court today.

"Sweeney was devastated not to have been put on the prison transport this morning. It was not his fault. He made a few frantic calls following which an emergency video link was created between this court and the prison to prevent the case being adjourned.

"Sweeney has been in custody for 220 days during which time he has reflected on the decisions he has made in his past and is determined to put it behind him in the future and become a law abiding citizen.

"He was in London where he got involved with drugs. He and then moved to Birmingham where he was drawn back into the drug scene."

Judge Lawrie said in Houghton's absence: "While he was under investigation for the first offence he committed the second. Those were identically offences of attempting to supply.

"He has pleaded guilty, but not at the first opportunity. There is little by way of mitigation. He was drawn into the supply chain and played a significant part in its operation.

"He has previous convictions for drug dealing. It is obvious he is a man who has not learnt his lessons. The gravity of his offending means there can only be a sentence of immediate custody."

The judge sentenced Houghton to four-and-a-half years in prison and ordered him to pay a victim surcharge of £170.

The judge sentenced Sweeny to three-and-a-half years in prison and ordered him to also pay a £170 victim surcharge.

"You have a lot of lessons to learn," said Judge Lawrie to Sweeny.

The judge also ordered for the forfeiture and destruction of the drugs seized.