For those of a certain vintage who recall a once hit TV favourite - news a Gloucestershire football clubs has been in talks with a member of the A-Team might sound far-fetched.

But the man some will recall as Faceman, known to his friends, Hannibal, B.A. and Murdock as Templeton Peck, has indeed been at League Two Forest Green Rovers FC. 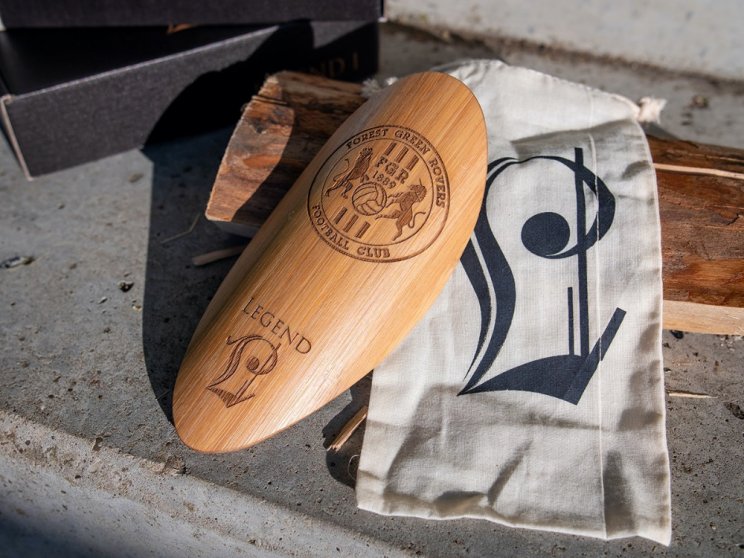 The veteran actor's role this time, however, was not the lead. He was there in a supporting capacity as Dirk Benedict, father of Roland Benedict who works for bamboo shin pad manufacturer, Legend Soccer.

But enough still remember the iconic television series for his very appearance to have stirred an interest, and allowed the environmentally conscious media savvy pioneers Forest Green to push its message a little further afield.

That message being the club has adopted the aforementioned shin pads - allegedly weighing in at a super lightweight 1.5 ounces a pair and allowing it to ditch currently out of favour plastic from its kit bags.

Dale Vince, chairman of FGR and a man not unknown to garner a little publicity when it comes to environmental issues, said: "Bamboo is a natural wonder - a sustainable material that's ridiculously strong and ultra-lightweight, making it perfect for shin pads as well as better for the planet and for our players.

"Reducing plastic use is an important part of the fight against the climate crisis and sport has a vital role to play in this."

FGR already uses the strap line of "the world's greenest football club", as recognised by FIFA and the United Nations.

Sean Person, co-founder of Legend Soccer, said: "FGR is making moves on and off-the-pitch and are being recognised for doing things another way. We're excited to be working with them."

Mr Benedict senior is an official ambassador for Soccer Legends.