Forest Green Rovers are backing a national campaign to end all gambling advertising and sponsorship in football.

The Big Step campaign is part of the charity Gambling With Lives - established to support those bereaved by gambling-related harm. It is calling for the end to sponsorship, promotion, and advertising of all gambling in football.

The campaign was founded to raise awareness of football's growing dependence on gambling.

James Grimes, founder of the Big Step, said: "We're delighted to have the support of Forest Green Rovers. This is a vital moment to secure meaningful gambling reform in the UK.

"Our outdated gambling laws need to change, especially with the exponential rise of online gambling. Sponsorship of sporting events by tobacco companies is banned and we believe gambling should be the same. To be truly effective, shirt sponsorship, stadium promotions and other branding should not be visible during matches." 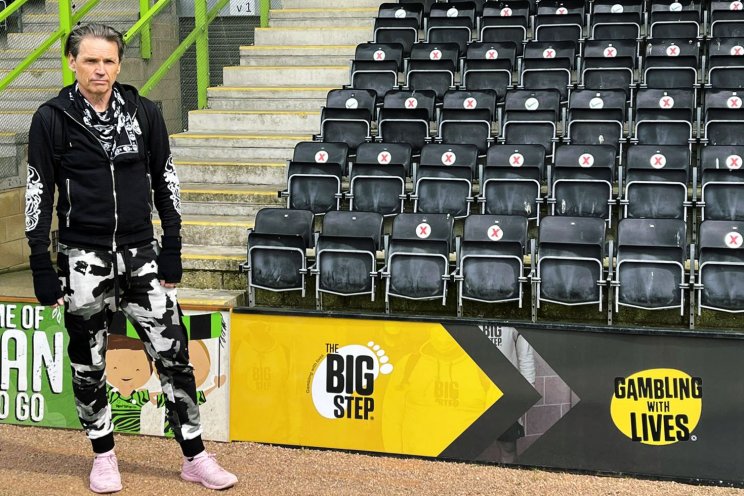 Dale Vince OBE, chairman of Forest Green Rovers, said: "It's like gambling has taken over football.

"If you watch a game on TV, you are inundated with ads. Gambling logos are on almost half of Premier League shirts, and constantly flash up on pitch side boards. For me, the fun already stopped. This is an abuse of football and of football fans."

Forest Green Rovers, which refuses to take on gambling sponsorship, will work closely with Gambling with Lives and the Big Step to put an end to gambling advertising in sport, during a pivotal time for gambling reform in the UK.

There are thought to be 55 different gambling sponsorship or partnership deals with 44 football clubs in the top two divisions in England.

Young people make up 25 per cent of the audience of Premier League football and are exposed to gambling through shirt and league sponsorship, pitch side advertising, TV broadcast advertising, social media and endorsements by footballers.

Logos plastered across every fixture and ground are ruining the game for people struggling with addiction and risk drawing in more. There are 55,000 11-16 year old "problem gamblers" and 340,000 adult gambling addicts in the UK, according to research.