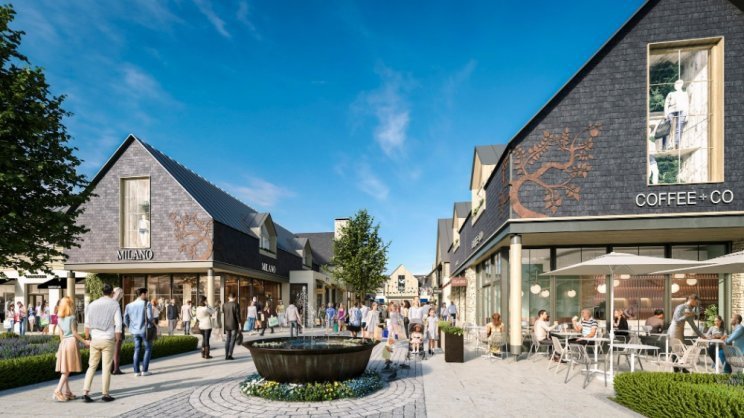 Cheltenham-based Robert Hitchins Ltd and Austrian firm ROS Retail Outlet shopping have put together the fly-through video for the shopping village, which will be called 'Designer Outlet Cotswolds'.

Built on land to the east of Junction 9 near Tewkesbury, developers promise a 195,000 square foot outlet village with 90 retail units, restaurants and cafes.

A flagship Dobbies garden centre is also planned for a greenfield site fronting the A46 trunk road next to the outlet. It is expected to feature an extensive plants and gardening department, food hall, cookshop, pet department, table service restaurant and soft play area for kids as well as its own 500-space car park.

A further planning application for 850 homes, school and local centre to the south has also been submitted and is awaiting determination by Tewkesbury Borough Council.

Infrastructure works to open up the site for development are due to commence in Autumn 2020 with the garden centre and outlet village planned to open in Autumn 2022.