First work on the menu for Gloucester Food Dock 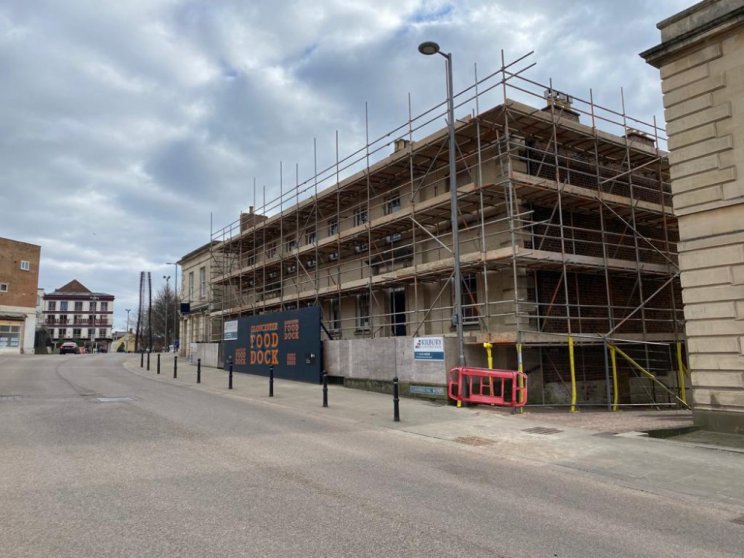 Work has begun on preparations for a long-awaited development in the heart of Gloucester.

Scaffolding has appeared around the site of the Food Dock at Gloucester Docks following a long period of inactivity on the site. 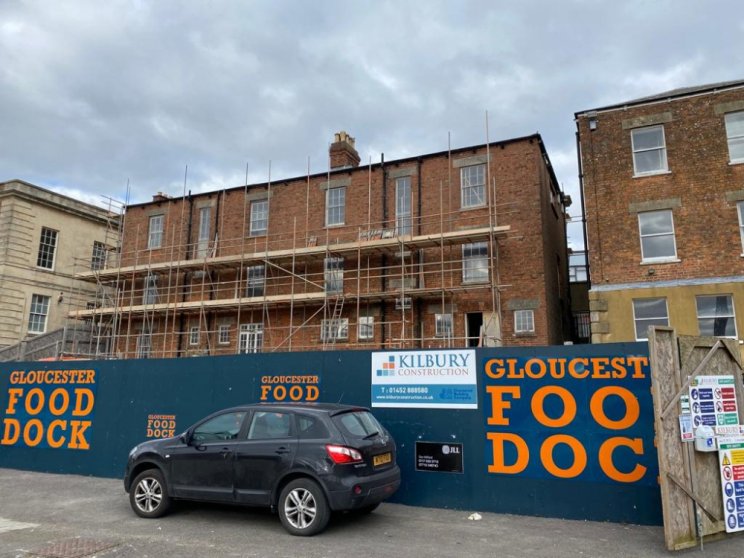 Planning permission was first granted to transform two Commercial Road properties which back on to the Docks in 2016.

The plans, drawn up for the developers L&R Group, were altered in 2019 from five restaurants to 12 independent, food court style units with communal seating areas.

But there has been little sign of progress behind the Food Dock-branded hoardings until scaffolding appeared in the last week. 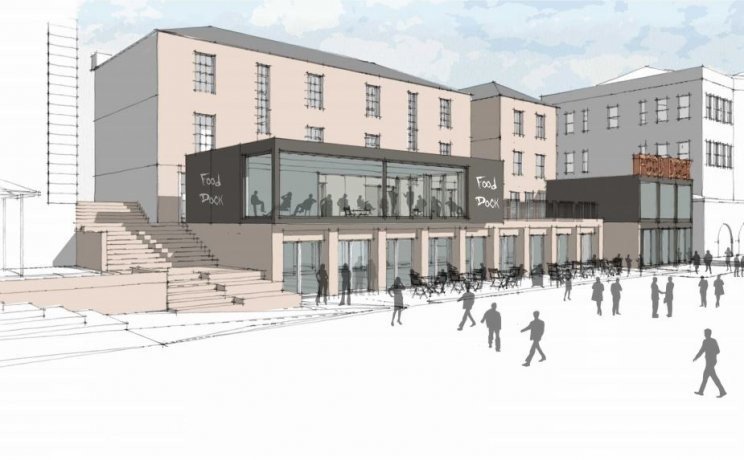 He said: "I know they had some interest before Covid, but that obviously had an impact on the whole of the hospitality business.

"As soon as it reaches the point of enough businesses interested, it is something which is going to happen but we need to get out of lockdown and into a more positive future first.

"It is perfectly positioned for the students living nearby who will provide not only a ready-made workforce but also plenty of customers."

As part of the plans, the food units would be contained in a double decker arrangement to the rear of the building, each with a view over the dockside.