The first phase of the huge Perrybrook housing development in Brockworth can now go ahead after formal approval was received from Tewkesbury Borough Council.

Councillors approved the development yesterday giving Bellway Homes the green light to start the transformation of the site.

When all phases of the Perrybrook Estate are completed, 1,500 new homes will be built on a parcel of land between Brockworth and the A417. 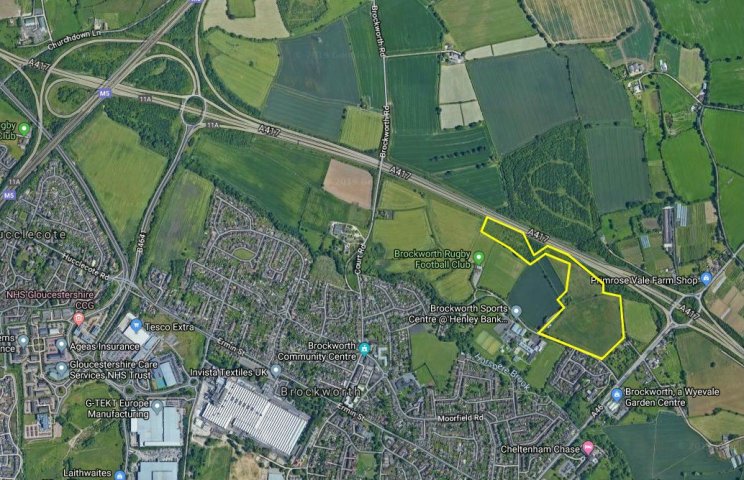 The first phase is for houses to be built close to the eastern boundary of the whole site, next to the A46, a further six phases have been proposed in the site masterplan.

Outline permission for the development was granted after an appeal to the secretary of state in the Department for Housing, Communities and Local Government in 2016.

As well as 135 houses, phase one also includes landscaping and engineering works, including a new access road into the site from the A417. 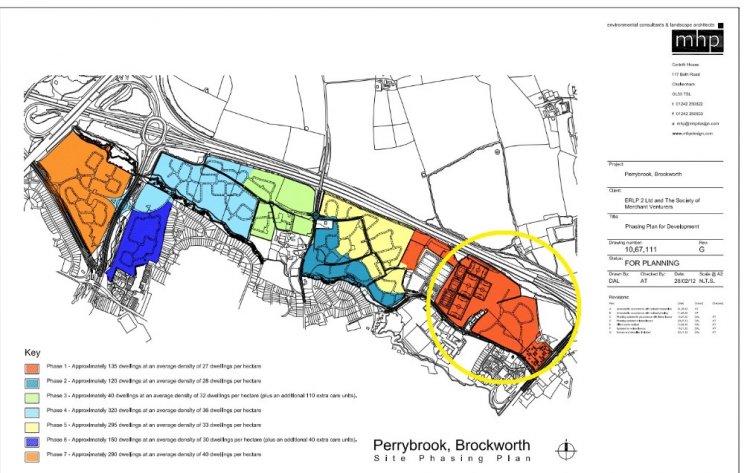 The developer and Tewkesbury Borough Council have agreed a Section 106 agreement that sets out the community provision needed for the scheme to go ahead.

That includes the provision of affordable housing. Of the first 135 homes, 36 will be designated as affordable with 18 two bed, 17 three bed and one four bed included.