Ryanair posted a net loss of £17.2m for the last three months of the year, its first loss since March 2014.

The budget airline carried 32.7 million passengers compared with 30.4 million for the same period a year earlier, as revenue rose nine per cent to £1.34bn, as reported but the BBC. 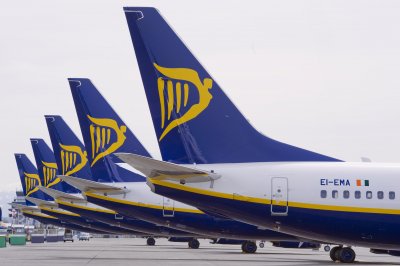 But the airline said "excess winter capacity in Europe" had eaten into its profit and blamed too many airlines chasing too few passengers.

In addition, the company's fuel bill increased by 32 per cent and its staff costs rose 31 per cent. In total, Ryanair's operating costs rose 20 per cent to £1.35bn.

Other airlines have been hit harder by the rising fuel costs, with Flybe and WOW among those who are seeking buyers.