Fastest cost rises for business in nearly quarter of a century 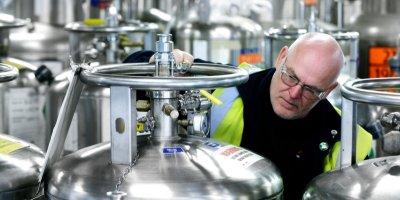 Higher wages and a spike in the price of fuel, energy and raw materials produced the fastest rise in average cost burdens since January 1998 when the IHS Markit and CIPS index started.

However, customer demand continued to rise sharply in November, despite businesses passing on higher costs to clients, with the overall rate of new order growth accelerating to a five-month high.

New orders increased at the strongest pace since June, fuelled by robust rises in business and consumer spending.

Strong customer demand and increased backlogs of work contributed to another marked rise in private sector employment during November.

Staffing numbers have now picked up in each of the past nine months, although the latest increase was the slowest since April. But recruitment difficulties have constrained growth.

Exceptionally strong cost pressures mean that prices charged by manufacturers increased at the steepest rate since the index began.

However, service providers indicated a slight slowdown in their charge rises to the lowest for three months, with some citing greater resistance to higher prices among clients.

Survey respondents continued to indicate that shortages of critical components had disrupted supply chains and led to production stoppages. As a result, backlogs of work have accumulated to the greatest extent for five months.