When John Clingan and Derek Meadows set up shop in Northgate Street in 1969, Gloucester and the food retail industry were very different places. 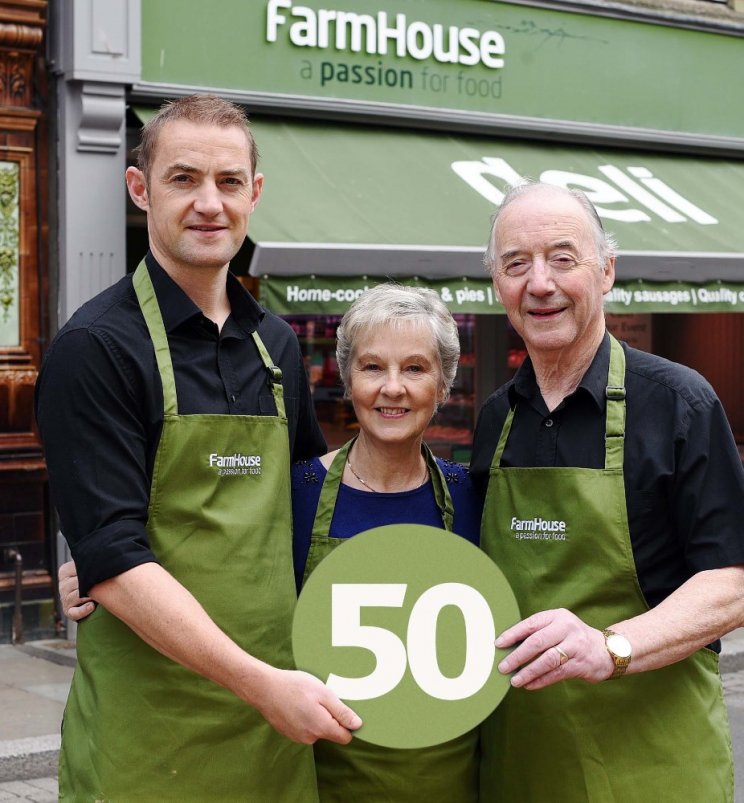 Cars used to drive straight through The Cross in the centre of the city, destined for provisions stores dotted around a bustling shopping precinct.

Sainsbury's was a week away from opening its first Gloucester store, on the day Farmhouse Cooked Meats opened its doors for the first time, five months after man had first stepped on to the Moon.

Then, Mr Clingan was competing for business, not only against the growing presence of town centre supermarkets, but with 29 butchers' shops in the city too.

Now, 50 years on, the Clingan family and what is known as Farmhouse Deli, is still going in Northgate Street - and on Southgate Street and in Cheltenham's High Street too.

Still behind the counter on the street he first started serving behind halt-a-century ago, Mr Clingan has seen the city and buying habits transformed.

"When we started out 50 years ago, we would sell bacon and sausages, as well as cooked meat and cheese, but now we have evolved to offer what today's customer wants," he said. 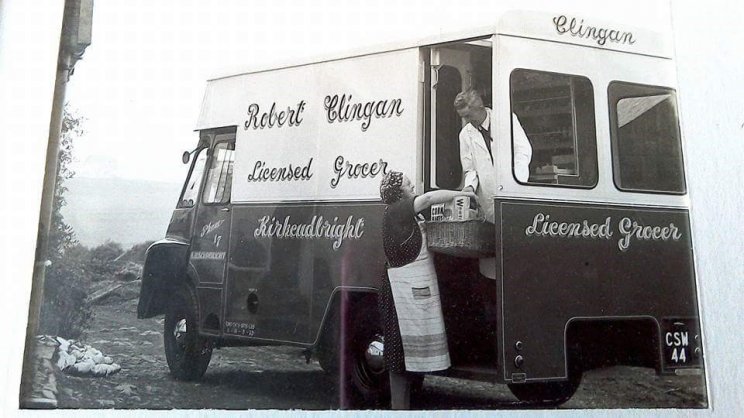 "Today's it's what we call handheld food: sausage rolls, prepared sandwiches, scotch eggs and pies, but the customers still like what we offer.

"If you give a customer what they want, they'll come back for more."

Although now something of a Gloucester institution in his own right, Mr Clingan grew up in Kirkcudbright in the west of Scotland.

From a line of Scottish grocers, the family moved south after the war to run the Pelican Inn in Gloucester, where a 10-year-old John would be put to work.

It was there he met Derek Meadows and the two became firm friends and, in the following years, workmates and then business partners. 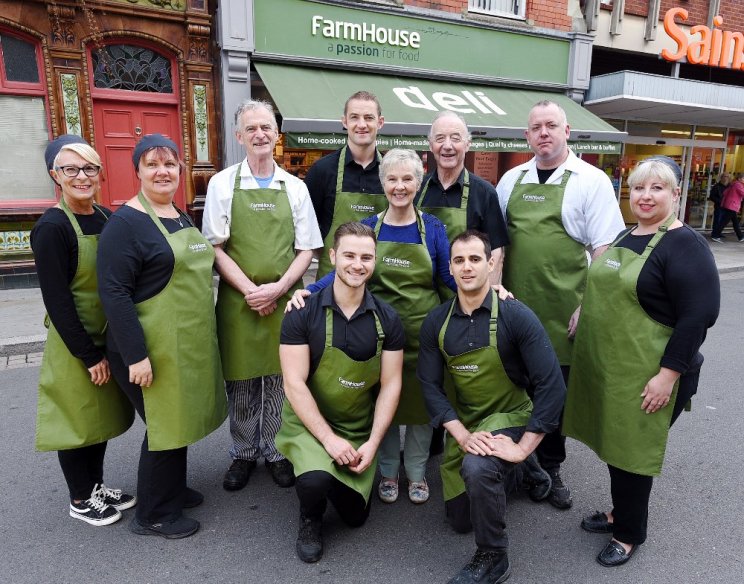 After stints working for Mr Meadows at the Constance Hotel in the Snack Spot, they took over a Market Parade restaurant called The Top Spot.

It was a place Mr Clingan called a "restaurant by day and frothy coffee shop at night". 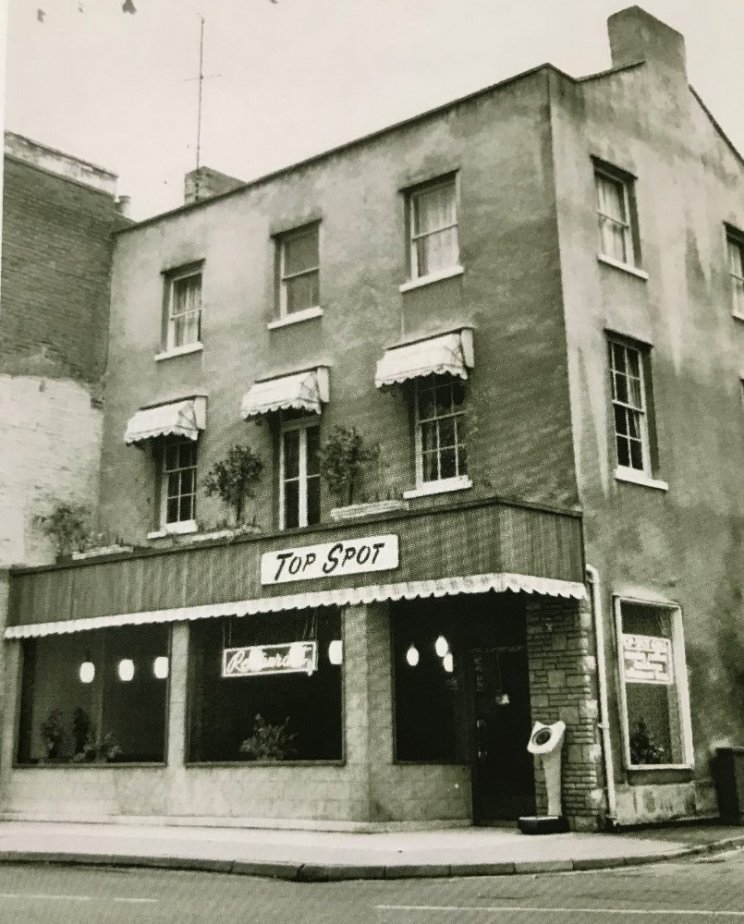 A place still fondly remembered by some of his customers now, the Top Spot fell victim to a compulsory purchase order, when King's Square was first overhauled in 1968.

New premises were sought and 61 Northgate Street - opposite the current Farmhouse Deli - was secured.

The rest is history.

"Northgate Street was the hub of the city and we couldn't keep up with demand," Mr Clingan said. "So we also opened in the Eastgate Indoor Market, where we traded for the next 45 years.

"At 8am each morning, we had to keep the doors locked and try to sneak the staff in, because people were queuing down the street.

"It was an age when the customer would go out and do all of their shopping in provisions shops.

"They would be buying a couple of pounds each of bacon and sausages and a large boiling joint every week. 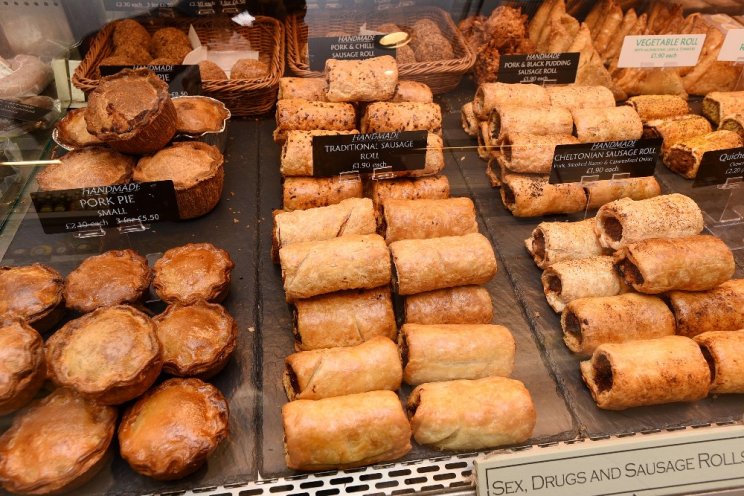 "Back then, we would have two members of staff working non-stop just cutting bacon. They couldn't cut it fast enough. We were selling six tonnes of bacon a week."

Where there was bacon there were sausages too, "We decided to make our own sausages because we wanted to create our own quality brand," Mr Clingan said.

"From there, came our other products, the scotch eggs, the sausage rolls and so on. We were always developing what we sold to meet the needs of our customers. We still are."

By 1990, Farmhouse Deli was operating from the original Northgate Street store and in Eastgate Market with John's five children, Sue, Caroline, Jenny, Jo and Rob, along with his wife Emma, all working in the stores at various points.

Then a chance came to move across the street and next door to Sainsbury's, into the shop they still occupy today. 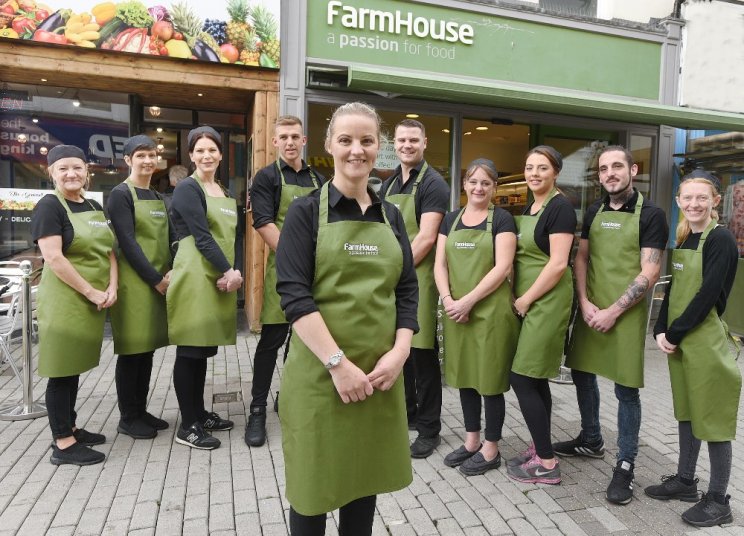 In 2012, the opportunity came to move into Cheltenham and take the Farmhouse Deli into a new market on the Strand in the town's High Street.

And, five years later, the Indoor Market operation was moved into much larger premises in Southgate Street, where like the Cheltenham store, the family run a thriving coffee shop alongside the deli.

The Southgate Street branch is the biggest of the three shops and saw the business evolve again and Mr Clingan senior return to the coffee shop roots that he had first set down in the Top Spot a half-century earlier. 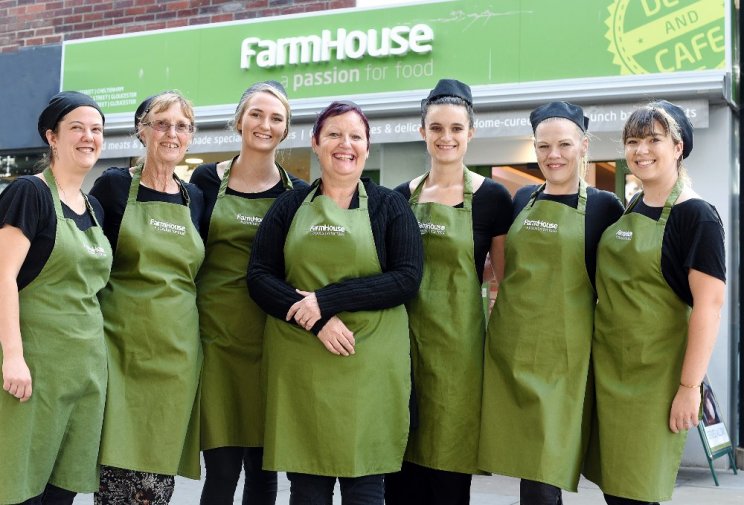 With Rob and Jenny now taking over the helm, the business now employs 32 staff across the three sites.

The third generation of Clingans form part of that workforce, with 20-year-old Ollie already behind the counter, and Rob's young sons eagerly waiting in the wings until they are old enough to wear the apron. 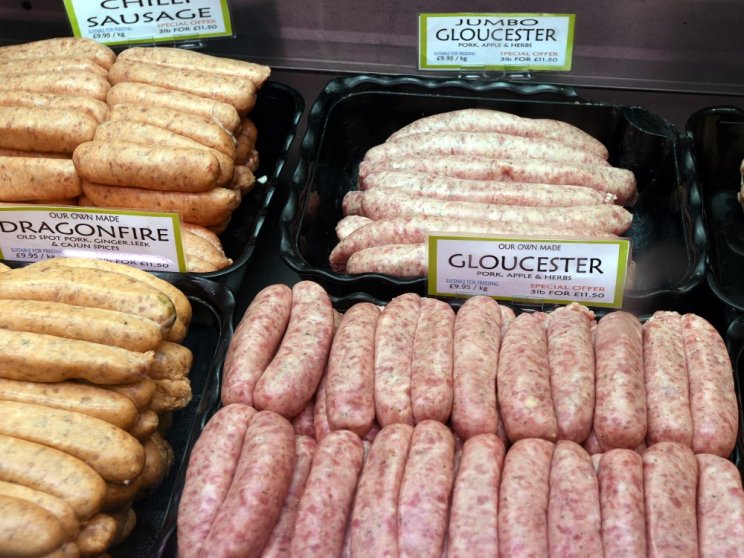 Mr Clingan added: "All of my children have grown up in the stores. When we first started out, my wife Gwyn and I would bring Sue, our eldest, to the shop because we were both working there.

"She would sit in her pram and be entertained by the customers. And all of the kids and now grandchildren have come through the shops. I am very proud of it being a family business."

The family ethos has ensured that, of the 30 or so staff on the books, around a dozen of them have been with the Clingans and the Farmhouse Deli for more than a decade.

Callum May, the manager of the Cheltenham store met his soon-to-be-wife Ellie while both working behind the counter - and all the Clingan and Farmhouse Deli family will help them celebrate on the big day. 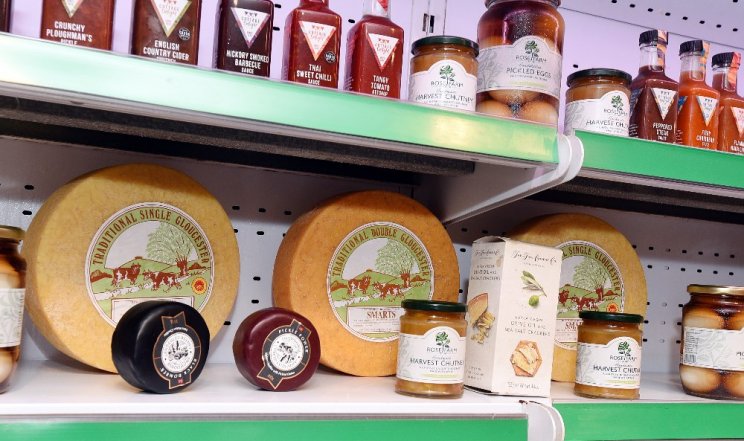 And while the family involvement and a lot of the staff have remained constant, the ability to evolve the business has been the key to 50 years - and more - of success in business.

Mr Clingan said: "The business from 50 years ago is unrecognisable to the one now. So, we've had to change.

"We make 15 flavours of sausages, producing more than a tonne of them in a week. We also make our own traditional hams and pies.

"Now we make pies for people to put straight in the oven for convenience, we make and prepare sandwiches and sausage rolls for the lunchtime market too.

"We've adapted to what our customers have needed and wanted from us, and that's why we have had the success.

"For us, the customer has always been number one and we hope that we can be serving them for another 50 years."

This article appeared in the latest printed edition of Punchline, read the full magazine here.