Gloucester Rugby chief executive Lance Bradley has welcomed the prospect of a support package for Premiership Rugby, days after warning a further six months without fans could prove financially fatal. 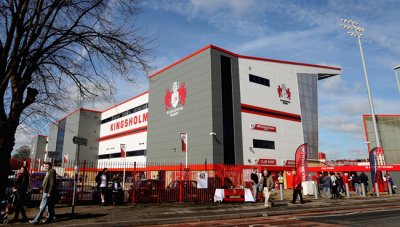 The Cherry and Whites will finish the elongated 2019-20 season at home to Northampton on Sunday without fans at Kingsholm.

And after the suspension of a scheme to see them return when coronavirus destructions were tightened last week, they face the prospect of starting next season against Leicester on November 21 at an empty stadium.

In his latest update to fans, Mr Bradley said the return of fans was the club's top priority and said the club would be unveiling plans to help them through the current situation.

He wrote: "It seems that our message is getting across. Nigel Huddleston, the Minister for Sport, made a statement in the House of Commons announcing there would be a package of support for Premiership Rugby clubs.

"We do not know what the Government's support will look like and there is no timescale on when any support measures may be announced, nor how long they may last. The announcement is a positive step."

He said Gloucester MP Richard Graham has pledged to help but stressed that financial support was only on aspect of what was being worked on.

"Our key objective is to find a way of allowing fans back into stadiums as quickly as it is safe to do so," he said.

"A task force has been established to look into how this may be done. We very much hope six months without fans at Kingsholm is a worst-case scenario."

He continued: "We are once again very grateful to everyone who has contacted us to ask how they can help, next week we will be launching our own campaign which will explain how you can get involved.

"We appreciate we are not the only ones going through a difficult time right now so our campaign will focus on making sure you're kept fully involved in what's happening at our club.

"We will also be launching a new scheme which will help other Gloucestershire businesses during this difficult time and beyond.

"I do feel that, with your support, we will manage our way through it just as we did during the lockdown and, just as we did last time, I'm sure we will come out stronger the other side."