Extinction Rebellion: The global protest movement that started in a Stroud council house

What started as a discussion in a council house in Stroud has now become a headline-grabbing, chaos-causing movement that is hitting major cities across the world.

Extinction Rebellion have today started a campaign called International Rebellion - which they say will be a peaceful set of protests that will shut down roads and disrupt the government.

All this will be done, "peacefully" and "non-violently" as the group bid to encourage governments the world over to take "emergency action now" against the very real threat of climate change. 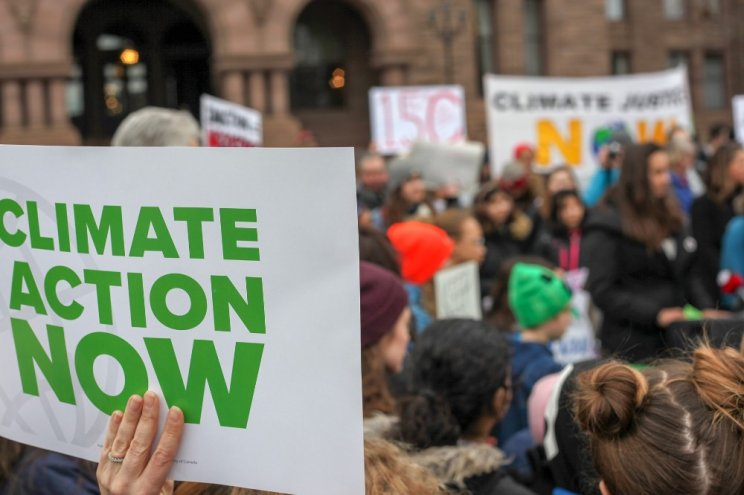 Other non-violent protests will "target corporations, ministries and infrastructure that maintain our toxic system," the group have said.

Protests are planned - and are already happening - on the streets of London, Brisbane, Amsterdam, New York, Berlin, Buenos Aries and Madrid over the coming days.

It's all a far cry from the innocent beginnings in a living room in Stroud, where two of the group's founders lived.

According to an April article in The Guardian, Extinction Rebellion can trace its origins to the Five Valleys.

Before Swedish teen Greta Thunberg became the global face of the climate change battle, it was two Stroudies who kick-started the movement.

Gail Bradbrook and her partner Simon Bramwell met with around 20 or so like-minded souls and, according to The Guardian decided to "go for broke" in getting the climate change message out.

And that they have done.

It's an issue that should worry us all.

The planet is heating, glaciers and the ice caps are melting and weather is becoming ever-more extreme.

But is disrupting government, business and people who are going about their business in an honest way, the best way to do that?

In an earlier round of protests this year, Extinction Rebellion hit the headlines for the wrong reasons for their actions at a protest in Bristol.

The group's blockade of the M32 had stopped a son from racing to his father's hospital bedside after hospital staff had told him his dad didn't have long to live.

The blockade had prevented the man from hearing his father's final words or being by his bedside as he passed away.

That man wrote on social media, quite understandably that "the protestors have completely lost any support I had for their message."

This morning, reports are hitting the national media of two people blocking the road outside New Scotland Yard - the home of the Metropolitan Police and Counter Terrorism Command.

Is the best way to protest a significant and worthy cause, to potentially endanger our capital city by restricting the ability of those who protect us?

Is the best way way to protest, by stopping and restricting businesses from being able to move their products or people?

At a time when the Police are stretched more than ever before trying to keep us safe from knife crime and a global terrorist threat, they don't need stretching to breaking point.

Protesting is a fundamental right and can and will be championed in any democracy.

Truth should be held to power and governments must always be accountable to the people they serve.

But blocking buildings and roads, restricting and physically preventing people from doing vital jobs of keeping us safe and secure in our democracy and stretching already thin vital resources is bordering on irresponsible.

There is sympathy for Extinction Rebellion's cause. We all know more is needed to be done to combat climate change.

But Extinction Rebellion is risking losing sympathy by the delivery of their message.

There is a way of protesting. Being anarchic and causing problems that do little than leave the general public exasperated and annoyed, will end up leaving the cause damaged.

That probably wasn't a concern in that Stroud council house 18months ago...

Back then the intentions were to raise awareness, not cause anarchy. It's a shame that the message appears to have got lost along the way.

What do you think? Let us know your thoughts about the International Rebellion by e-mailing mark@moosemarketingandpr.co.uk