A journalism student was unable to complete her shorthand exams after she was slashed on the hand by Jamie Byles in Cheltenham, a court heard. 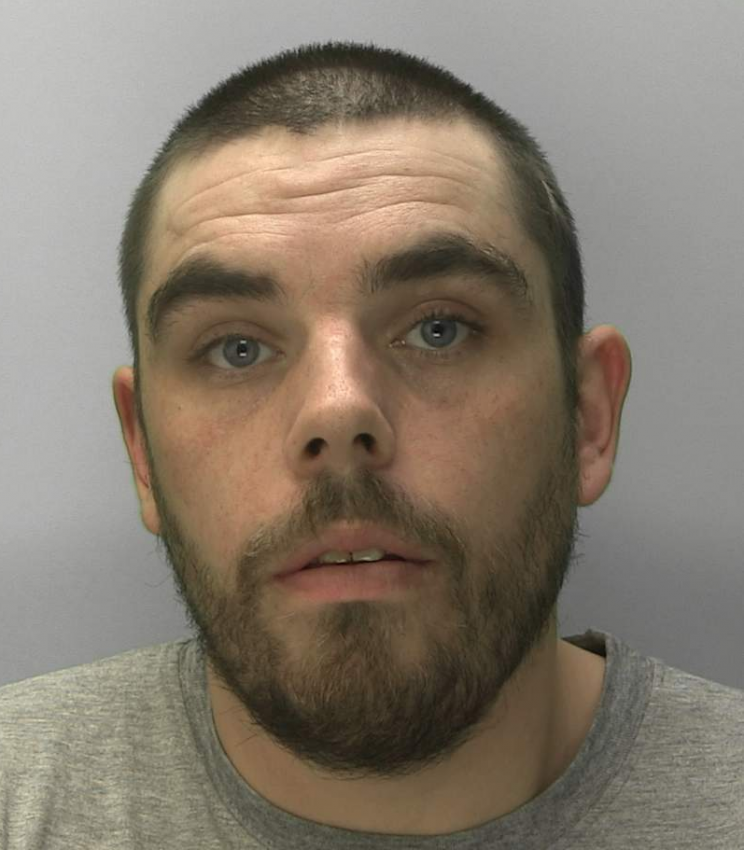 Byles, 34, cut Emma Taylor with a kitchen knife when she and other students were holding a party which disturbed his elderly aunt, Gloucester Crown Court was told.

Ms Taylor suffered a deep cut to the tendon on her right index finger which needed stitching and left her difficulty holding a pen despite physiotherapy, the court head.

Prosecutor Simon Dent said friends of Ms Taylor's were at their student accommodation in Albert street on December 9 before going out 'creating a party atmosphere' by drinking and playing music.

After Ms Taylor return, a taxi was booked for 11.45pm.

Mr Dent said elderly neighbour Mary-Ann O'Loughlin banged on the door, asking for the music to be turned down as she had young children staying with her.

He said: "The confrontation spilled out onto the street and Ms Taylor tried to calm the situation down. She was punched in the face and she retaliated and Ms O'Loughlin fell to the floor."

Byles, a relative of Ms O'Loughin joined the fracas carrying a kitchen knife.

"In swinging the knife around at the students three or four times, he slashed the hand of Ms Taylor who immediately started to bleed profusely," said Mr Dent.

Ms Taylor, who was taken to Gloucestershire Royal Hospital, sustained a deep cut to her right index finger and the tendon needed stitching back together.

Ms Taylor, who was in the final year of a journalism degree, said: "I am on edge whenever I am alone in my house. I constantly feel that something bad is going to happen.

"I get flashbacks from the incident and I am obsessed with making sure all doors are locked when I go to bed.

"I still don't have full use of my finger and cannot hold a pen properly for shorthand where I was supposed to sit a series of written exams. I could not complete this as I couldn't hold a pen for months."

Sarah Jenkins, defending, said Byles has been woken to be told his aunt was being attacked.

She said: "He grabbed the knife on the way out. It was a spur of the moment decision and he didn't give the consequences a second thought. There was no real premeditation about what he was doing.

"Byles is remorseful about what happened that night and the injuries he caused to Ms Taylor."

The Judge, Recorder Marcus Pilgerstorfer QC, told Byles: "Your actions have had a lasting impact on Ms Tatlor. This is a serious offence. You have previously been convicted for a similar offence.

"You chose to arm yourself with a knife during an altercation in a street. An injury like this needs a strong deterrent."