Sales dip for The Works 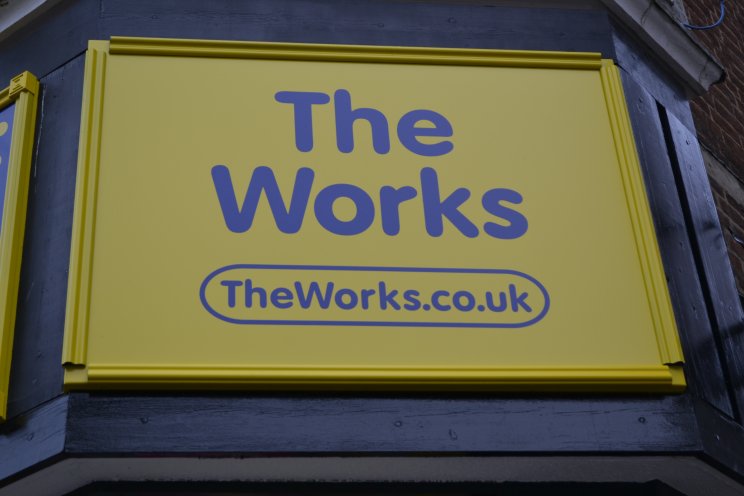 The book, craft and stationery retailer, The Works has revealed a nearly 20 per cent dip in sales in the last tax year. The company lost £3.6 million last year compared to a profit of £2.4 million the year before.

There are five The Works in the county, two in Gloucester and one each in Stroud, Stonehouse and Cheltenham.

However, the retailer says it is well poised for the future after successfully handling the pandemic. It says online revenue soared 120.9 per cent.

From the beginning of the financial year to now, The Works says trading is "ahead of our internal plan".

In September, Dean Hoyle, chair of the retailer will step down, to be replaced with former Tesco director Carolyn Bradley.

As reported by Retail Gazette, The Works chief executive Gavin Peck said: "It has been an intensely challenging year due to the Covid-19 pandemic but, because of our quick action, careful cost management and can-do culture, The Works has emerged as a stronger business."

"Whilst we couldn't control temporary store closures, we focused on the things we could control, such as improving operations, managing costs carefully and continuing to invest in our online offer.

"If, at the beginning of FY21, we had known that our shops would be closed for nearly six months of the year, we would not have expected to achieve this resilient performance.

"The foundations we laid before the pandemic helped us to navigate the year much more successfully.

"We had already begun to de-emphasise store openings in favour of accelerating profitable digital growth, and driving improvements through the existing store estate, with the aim of being not just a bigger version of ourselves, but a better version.

"The net result is that we have ended the year in a strong financial position, with no bank borrowings and are much more effective operationally than we were before the pandemic."