A company director died after a freak accident when he climbed onto a banqueting table which collapsed, an inquest heard yesterday. 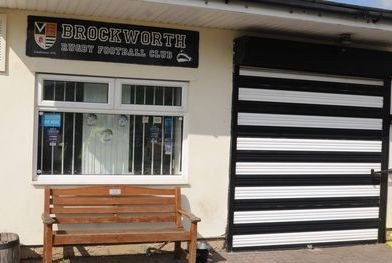 Graham Turney, 48, died in hospital two days after he cracked his head on the floor at Brockworth Rugby Club, the inquest was told.

The coroner recorded a conclusion of accidental death on Mr Turney, of Sussex Gardens, Hucclecote, who also worked as manager of Quest Carpentry Ltd in Gloucester.

Club bar manager Sara Stevens told the inquest she saw Mr Turney fall to the floor with a "loud crack".

She said the group was not rowdy and she saw Mr Turney land safely on his feet after falling from the table and clipping its legs back into place.

She said: "Mr Turney was the type of man who would go around after a function and tidy up. He was always polite. He was not overly drunk, just merry like the rest of his group.

"But moments later I saw Mr Turney standing on the same table and putting his hands out as it collapsed and he fell backwards.

"I then heard a loud crack as he hit the floor."

Ms Stevens said the club's CCTV revealed there were only a few seconds between the two incidents.

"It all happened so quickly," she said. "The table didn't completely collapse on the first occasion but on the second occasion one of the legs gave way and collapsed with Mr Turney standing on it."

A nurse who was among the guests at the club immediately went to help Mr Turney and an ambulance was called.

He was transferred to Southmead Hospital in Bristol. and underwent emergency surgery but two days later was declared brain stem dead.

Dr Crispin Wigfield from Southmead Hospital said Mr Turney had died from extensive brain injury which had resulted in extreme swelling of his brain.

The coroner said he accepted the doctor's cause of death was a traumatic extradural haemorrhage caused by a fall.