A businessman is repaying the cash-strapped club that nurtured his love of rugby. 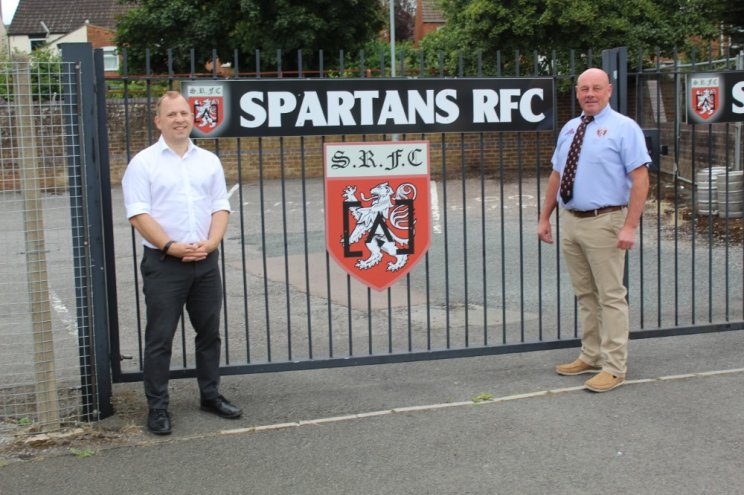 Andy Bird, owner of Andrew Bird Hearing in Cheltenham, has donated £1,000 to Spartans which is feeling the effects of COVID-19.

Like many others, the Gloucester club is suffering financially after it was forced to close and lost its regular income for more than four months.

Mr Bird, a former first team scrum-half, offered the money after seeing the club was asking for donations through an online Go Fund Me page.

He joined Spartans at the age of 11 with the club helping to fund his membership and kit.

He said: "They really looked after me as a kid. They gave me the opportunity to play rugby which I wouldn't otherwise have had and they supported me when things weren't easy.

"It's my club and always will be. I want to show my appreciation for everything they did for me, as well as all the other youth players they help out.

"The club is at the heart of the community and I don't want to see this change. I want the club to continue to go from strength to strength."

He is offering further funds for the club with a commission-based incentive with five per cent on anyone they recommend for a hearing test or ear wax removal.

The club's commercial and sponsorship manager Neil Brinkworth said: "Spartans is a club with traditional values and the emotional feeling of being a Spartan stays with people long after their playing days have finished.

"Andy epitomises what it means to be a Spartan. He played through all youth age groups before progressing to become an accomplished scrum-half with the first team for many years.

"The COVID-19 crisis has hit Spartans hard, with no rugby being played and the clubhouse being closed since March, our financial situation has been severely affected."

More than £3,000 has been raised through the Go Fund Me page.

Mr Brinkworth added: "We have very strong links to the people in the area. This is best demonstrated by the fact that a number of the club's current players are the third generation of their families to play rugby for Spartans.

"The club has always provided the opportunity for youth and adult players from the local area to play rugby, regardless of their background, circumstances or playing ability."

Spartans was formed in 1927 and former players include ex-Gloucester, England and Lions hooker Phil Greening and Dan Norton, who holds the record for tries in the World Sevens series.