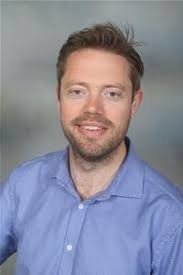 A former councillor has been charged with a sexual offence and will appear in court later this year.

Lee Hawthorne, 40, of Abbeydale, has been charged in relation to an incident of upskirting at TK Maxx in Northgate Street, Gloucester, last June.

He will appear at Cheltenham Magistrates' Court on Thursday, September 3.

Hawthorne resigned as the councillor for Quedgeley Fieldcourt on Gloucester City Council in April.