VIDEO: Masterplan that helped kickstart the regeneration of Blackfriars

A Gloucestershire company, with more than 47 years' experience as chartered surveyors, chartered town planners and access consultants, played a key role in starting the regeneration process for Gloucester's Blackfriars and Quayside. 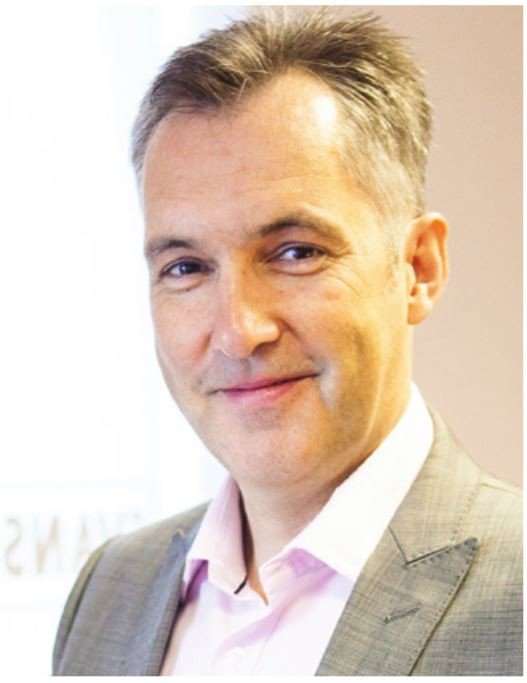 Evans Jones was chosen to provide the initial masterplan for the Blackfriars site - one of the most important regeneration areas of the city.

A stunning 3-D "ﬂy thru" video and other visualisations were also produced by Evans Jones, showing how the redevelopment could look and this helped secure a £4.13 million regeneration grant from central government and GFirst LEP.

David Jones (pictured), managing director of Cheltenham-headquartered Evans Jones, explained how this funding was crucial to kick start the regeneration process for the area.

It enabled extensive site preparations to take place, including archaeological and ground investigations, making the site much more attractive for potential developers.

The Blackfriars site is under the joint control of Gloucestershire County Council, and Gloucester City Council who agreed a memorandum of understanding to provide the ground work to deliver on the vision.

"My role was to assist the councils in preparing the documents necessary for them to secure funding from the government and GFirst LEP to effectively pump prime the development," said David Jones.

"As someone who was born and brought up in Gloucester and having seen the city go through a period of long decline, it's great to see that Gloucester is now getting a head of steam going."

The regeneration process has not been without its challenges. There had been previous attempts to regenerate Blackfriars which never got off the ground for a variety of reasons.

"It was great to be involved in the regeneration masterplan that actually got across the line," said Mr Jones.

"The primary challenges on that site were what lay beneath the ground, both in terms of archaeology and potential contaminates."

The funding obtained enabled all of these issues to be dealt with satisfactorily.

"It was a really nice project to be involved in," said David Jones. "People are often a little bit cynical about urban regeneration, particularly where signiﬁcant amounts of public money are involved and whether it actually serves the public beneﬁt.

"But in the case of Blackfriars, the proof is in the pudding. You do get the funding and you get the schemes developed and that in itself creates the nucleus and attracts other investment, totally unrelated to government funding, to a city.

"We can also see that with Monk Meadow and Crest Nicholson's 400-plus houses and everything that is happening through Peel around the Docks. It's great and I love seeing the resurgence of Gloucester. There is a very positive attitude in the city."

Evans Jones has also been involved in another important Gloucester redevelopment - the provision by the affordable housing association, Rooftop Housing, in partnership with the city council, of 95 ﬂats at Black Dog Way.

With many properties and businesses adjoining the city centre site, Evans Jones dealt with the often-complicated party wall matters relating to the development.

The Evans Jones practice was started in 1972 by David Jones' father Prys Jones and Eric Evans, who had both previously worked for local authorities. Evans Jones has ofﬁces in Cheltenham, London and Reading and operates throughout the country on many different projects, both residential and commercial.

David Jones said: "I think we bring commercial reality to projects, because we are a multi-discipline practice providing cost, construction and planning advice all under one roof.

"The practice understands how buildings are built, what it costs to build them and what one can get consent for. Developers understand that we are not going to agree to something which we know is going to make a scheme unviable"