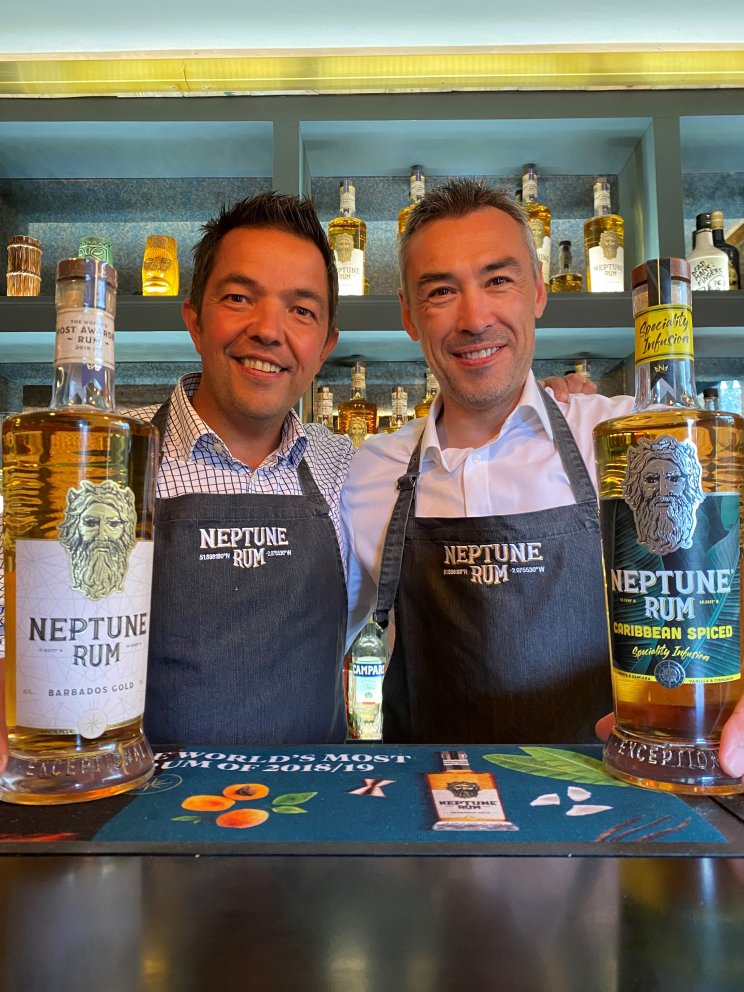 James and Ray aren't new to business. The entrepreneurial duo started their own recruitment business in 1998 while still in their twenties. Their hard work over the years paid dividends and by 2018 they were leading Passionate About People, a company with £150m plus turnover.

What was the secret to their success? "Trust and energy are really important and, having worked together as a team for so long, we can always rely on each other," explains Ray.

The pair also complement each other well, with James focusing on accounts and strategy while Ray devotes more time to operations and technology.

With the sale of Passionate About People in 2018, Ray and James were soon looking for their next venture. With James having early experience in the drinks trade they were attracted to Cheltenham brand Neptune Rum  after COVID-19 forced them into administration. James and Ray quickly stepped in as they could see the future potential in the award-winning brand.

James explains: "Once Neptune Rum appeared on the radar we acted quickly and decisively to acquire the brand. It is a fantastic product that we believe in passionately."

Neptune Rum Barbados Gold is the world's most awarded rum of 2018/9, having won over 65 awards globally, including the Best British Rum Brand, Best Barbados Rum, and Gold at the San Francisco World Spirits Competition. 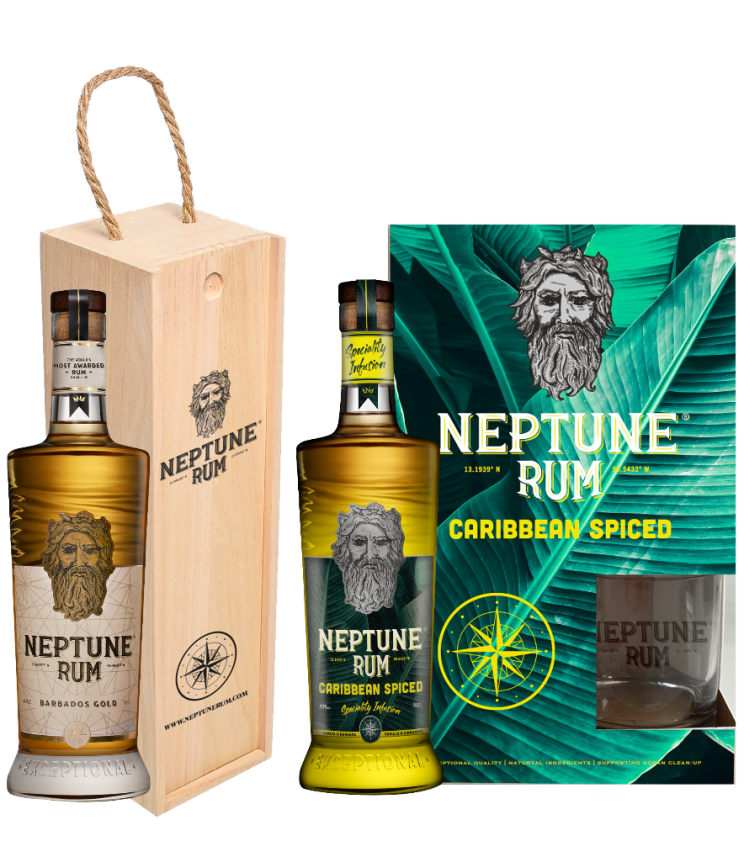 Distilled and aged at the celebrated family-owned Foursquare Rum Distillery in Barbados, Neptune Rum Barbados Gold is a blend of 8, 5 and 3-year-old rums with no added sugars or chemicals and aged in American Bourbon oak casks to enhance the flavour profile. The result, an exceptional rum that outshines all other premium rums in terms of drinking experience.

Neptune is served at many popular and prestigious watering holes across the country, as well as sold off-premises. Created using only the best and most natural ingredients and processes, it lives up to the Neptune tagline, 'We only do exceptional'. That commitment also applies to the environment, with the company involved in a number of unique projects actively reducing ocean pollution.

So, with only a few months back in the hot seat, what do they like most about being business owners again? "It's the flexibility to run things the way you want, supporting staff and charitable causes", says James, adding that they have been able to bring former colleagues into the Neptune fold as they put their plans into action.

"There's nothing more rewarding than building a business," concludes Ray.

The course of business rarely runs smooth, however, so what are the biggest challenges for owners? "There is always so much to do, from sales and marketing to strategy and accounts, with a constant pressure to be better and work harder," explains Ray.

James adds that one frustration is the way that smaller companies can sometimes be restricted by the attitudes of larger ones. "No matter how great your product or service, large corporates may not allow you into the supply chain, restricting your opportunities to grow."

With a wealth of experience behind them, what advice would they pass on to someone starting a business today? "Cashflow is the number one priority and it's vital to make sure your forecasting is bang on," replies James.

Ray adds that having a roadmap of what you want to achieve is crucial, so "produce a clear plan and stick to it."

Their plans for Neptune Rum are certainly clear. "We want to create a global drinks brand with a focus on quality, natural ingredients, sustainability and supporting Ocean clean-up incentives and charities," they explain.

Neptune was, of course, God of the sea, and the rum uses only the most sustainable ingredients and methods, so the connection is evident. But James and Ray are taking their commitment further through the Guardians of the Ocean Foundation.

Neptune Rum uses this fund to support charities and initiatives that meet their mission, which is 'To protect the ocean and waterways from pollution, particularly plastic, and to clean up the shores and coastline of litter'.

That is exactly what they are currently doing in partnership with environmental charity Our Only World in an ambitious project designed to have a major impact on Cornwall's beautiful coastline. The aim is to reduce the number of plastic water bottles discarded by visitors during Britain's increasingly sweltering summers.

The project brings lateral thinking to this problem, installing refill stations in the Cornwall coastal locations of Rock and Polzeath so that bottles can be refilled rather than used once and thrown away.

The 30,000 litres of water drawn so far off from these taps means that an estimated 60,000 fewer plastic bottles have been used and discarded across these two beaches alone. With around six million tourists visiting Cornwall during peak season, the plan is to extend this scheme further and keep our coastlines clean.

Whether it's environmental sustainability, business planning or innovative new product development, James and Ray are clearly thinking long term. Something we can all raise a glass to.

For the latest news, offers and give-aways, sign-up to the Neptune Rum newsletter at www.neptunerum.com  and get a 10% discount of your first order.